A stew for a dinner party. Could I make it work. Yes. I had been reading the book Secret Suppers on underground restaurants, and inspired by the tales within it, decided to hold a ‘secret’ dinner party. The concept was that I would invite three couples to dinner and then two of those couples would each invite a couple, making 12 guests. It meant that not only would the guests be unfamiliar with one another, but so would we and this added a heightened sense of pressure for me to come up with a dish that would be enjoyed by all. Instinctively I chose a beef and red wine stew recipe, one I have made many times before, that I know is easy, but enjoyed by everyone. I also had an idea up my sleeve on how to present it for dramatic effect, to elevate the dish from easy week night meal to dinner fit to entertain a crowd. 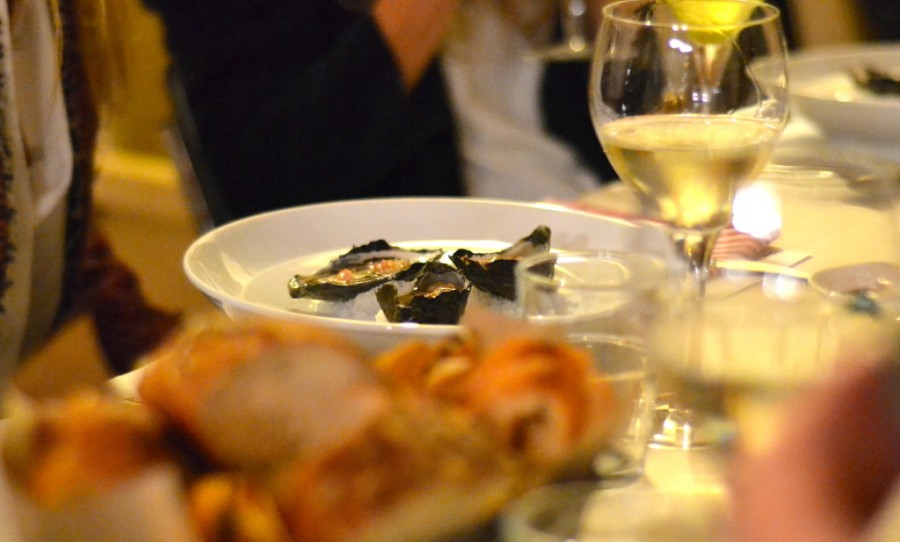 The night of the dinner, the table was laid, the fire lit (Thea was in bed!) and as soon as I heard footsteps outside our front door, I hastily pushed granny smiths through a juicer. The gloriously green juice was added to shots of vodka and apple schnapps, that had already been decanted into martini glasses and the cocktails were handed out to help break the ice. After several requests for a second martini had been satisfied and introductions were over, it was time to sit down and eat. The entree was an entirely simple selection of plump and juicy, freshly shucked Tathra oysters (seriously the BEST oysters I have ever tasted) and marinated Meredith chèvre. The hands on starter created a mellow and easy atmosphere, as people passed and shared the dishes. 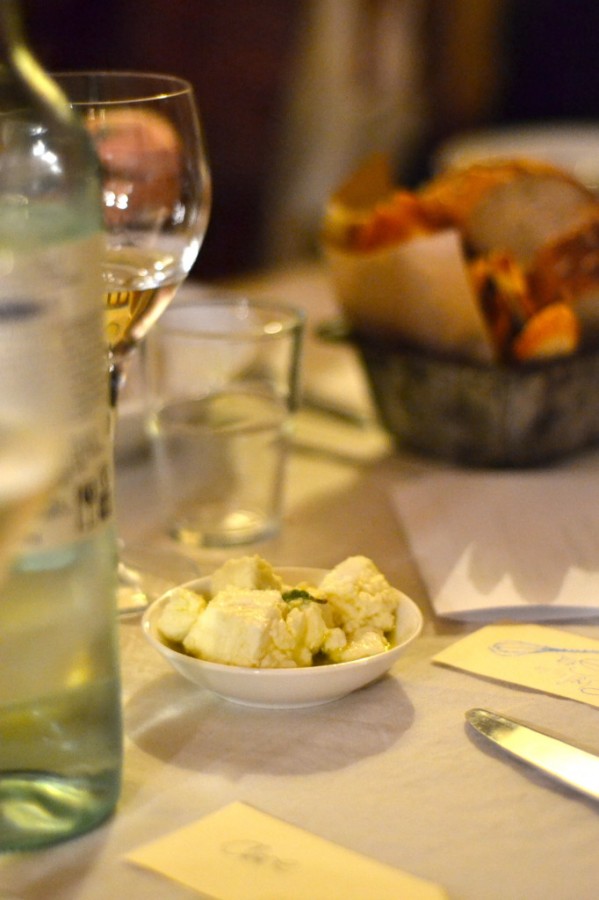 Next came the main event. The beef and red wine stew. A very straightforward recipe to follow, made special simply by slowly cooking the meat over a low heat until it’s truly a melt in your mouth dish. And to make it extra special and fit for the occasion, I was able to recreate an idea that I had seen on the kitchen, and present it on a two metre long plank. Secured in place by a moat of buttery mashed potatoes and garnished with mushrooms and green beans, it was placed in the middle of the table for everyone to admire.  The plank caused exactly the effect I had hoped and everyone loved both the beef and red wine stew and the way it was served. Plates were repeatedly filled and conversation flowed as the two metre platter grew empty. 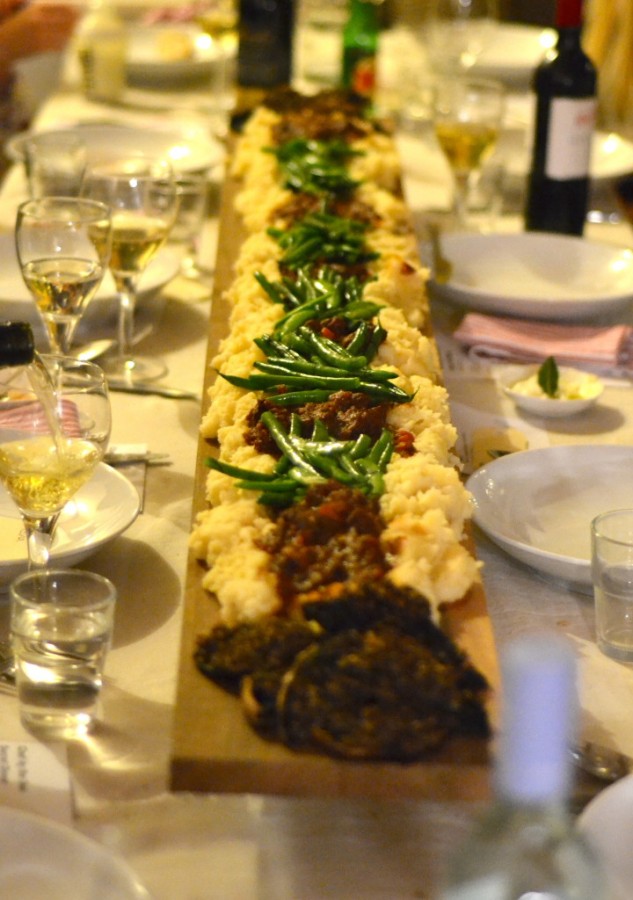 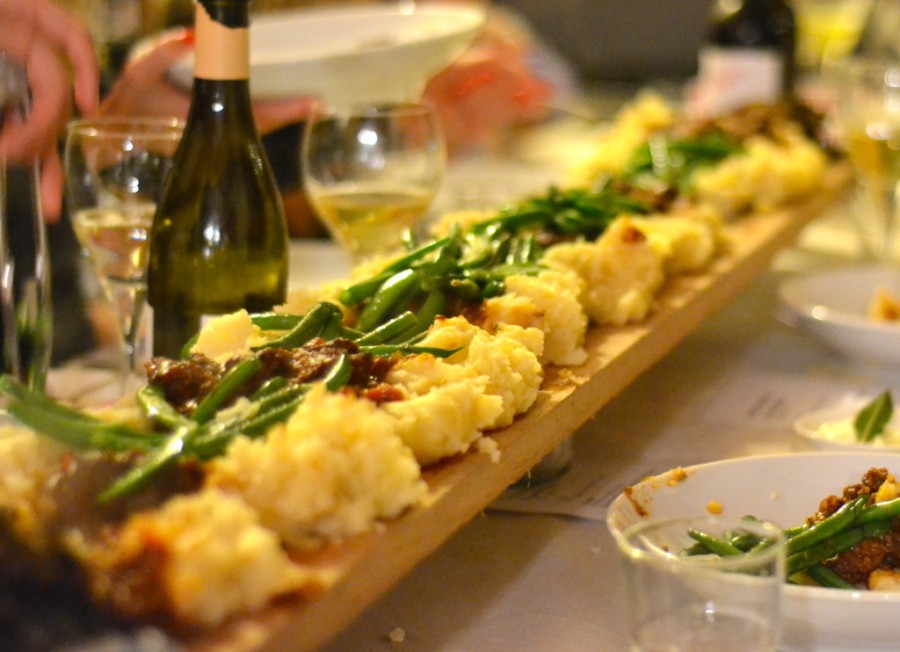 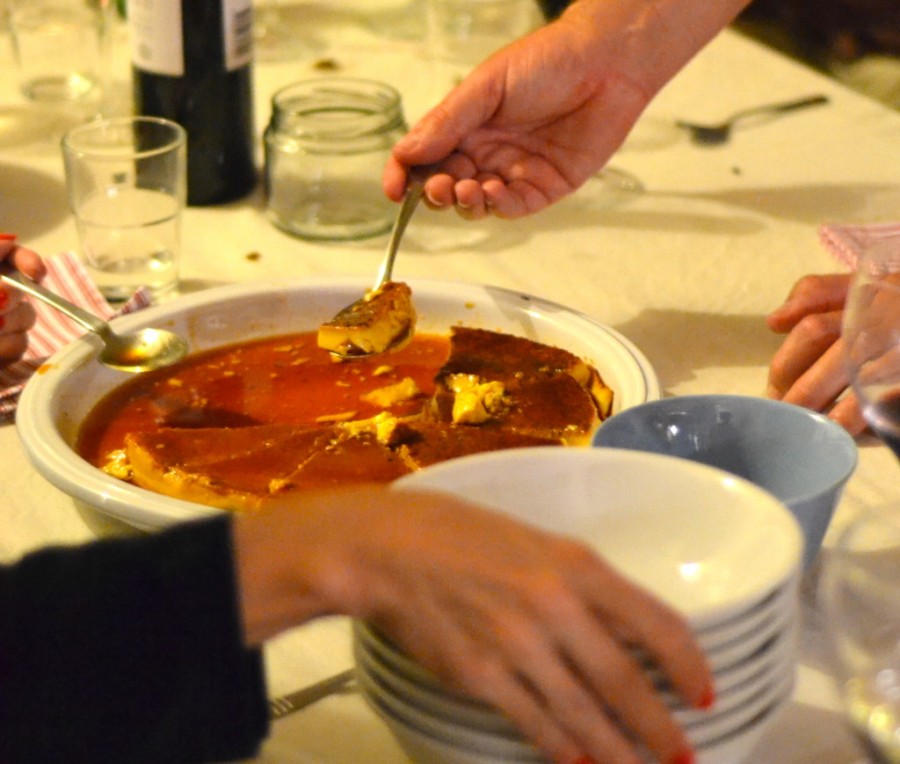 The evening was punctuated by a large creme caramel, inspired by one similar that I had eaten at Kitchen by Mike. The custard was silky smooth and generously spiked with millions of vanilla dots. It swam in bitter caramel, the making of which is always an adrenaline fuelled task, waiting until the last minute to remove the sugar from the heat, before it turns from a deep, rich colour with an astringent sweetness, to just plain burnt. A little less wobbly than I would have liked, as I only removed the dessert from the oven when I was sure it would turn out in a cohesive shape, no one seemed to mind. Fingers were dipped into the caramel and plates were scraped clean. The evening was a huge success and as I went to bed, I was already wondering to myself, what might be on the next secret dinner menu…

This is an amazingly versatile recipe that could be used as a stew with polenta or a pie filling topped with puff pastry, to go with thick pasta ribbons and lots of parmesan, to make nachos with the addition of kidney beans and chilli or to fill a baked potato with a dollop of sour cream and a snip or chives. Double or even triple the quantities outlined here and freeze into portions for an assortment of dinner options

Add the onion, celery and carrot to a large pot. Cover with the lid and sweat over a very low heat for about 20 minutes. Stir occasionally to make sure that the mixture isn’t burning.

When the veggies are very soft and translucent, add the beef, increase the heat and cook until the beef has changed colour, from raw red to light brown. At this point, add the herbs, tomatoes and puree, wine and stock, cinnamon, salt and pepper.

Bring the liquid up to a temperature where it bubbles slightly, then turn it right down and let the beef simmer until it is meltingly tender and the sauce reduced and thick, anywhere from two to six hours.

The meat should have a stringy, fall apart quality and the sauce should be rich and flavoursome.  This dish is even better made a few days in advance, as I did, and then reheated. It will sit happily in a pot over a very low heat on the stove until you are ready to serve it.

Enjoy this recipe? Then you might like to make pavlova for dessert with these top tips to help.