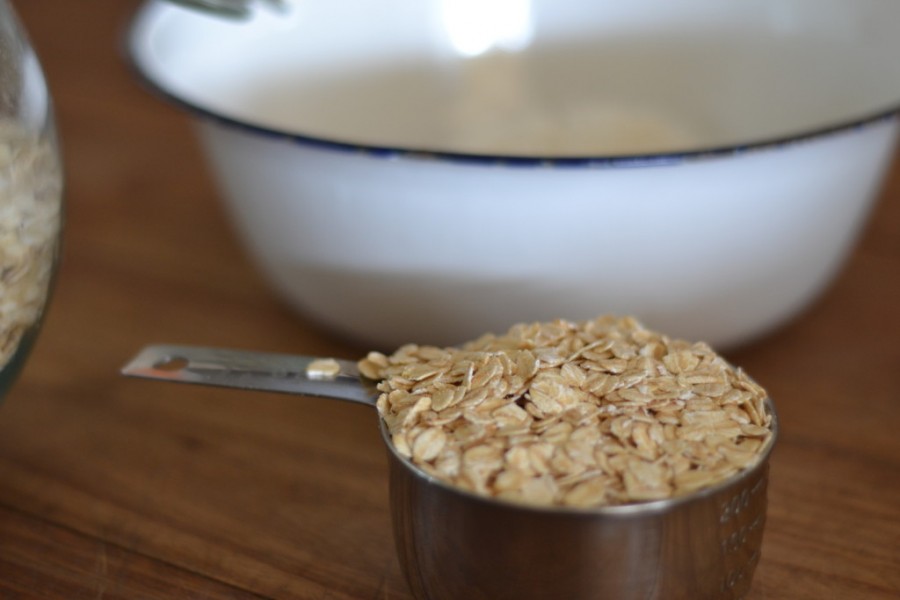 Making food for Thea is an interesting task. Somedays she enjoys the things that I put in front of her, other days she blows raspberries at them, turning her head away in disgust, communicating her disdain for my lack of insight into what she would like to eat. Anzac biscuits though are always well received. I break one in half and give her the pieces to hold, one in each hand. She clenches her little fists tightly around the halves and scoffs alternately from left and right. The Anzac biscuits that I make for her are a slightly modified version of the original, a ‘healthy’ interpretation if you will, but as Anzac Day is approaching I thought that to commemorate the day of remembrance, I would make Thea some ‘proper’ Anzac biscuits. 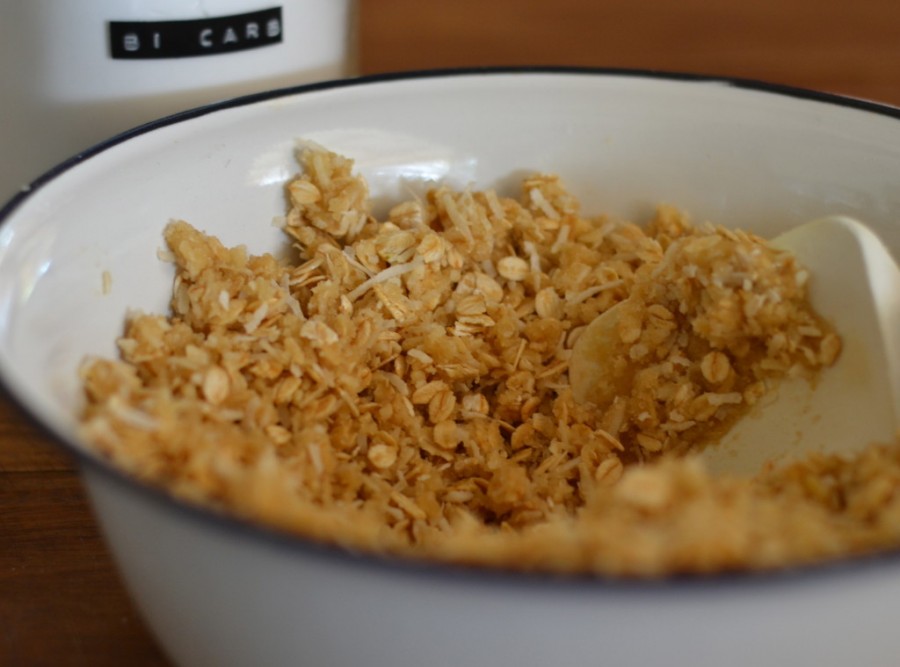 The funny thing is that when I was at school, I was good friends with Charlotte. Every Friday we would catch the bus back to her house and before we even changed out of our school uniforms, make Anzac biscuits. Charlotte’s mum was from New Zealand and the recipe that we used was handwritten with black pen on a well referenced piece of paper. In her narrow kitchen, with Crowded House and REM playing in the background, we would carefully measure out the oats, and probably not so carefully the golden syrup, to make our afternoon snack. Warm for the oven we would take the biscuits and cold glasses of milk up to Charlotte’s bedroom and read fashion magazines, whilst munching hungrily on the crunchy oat discs. 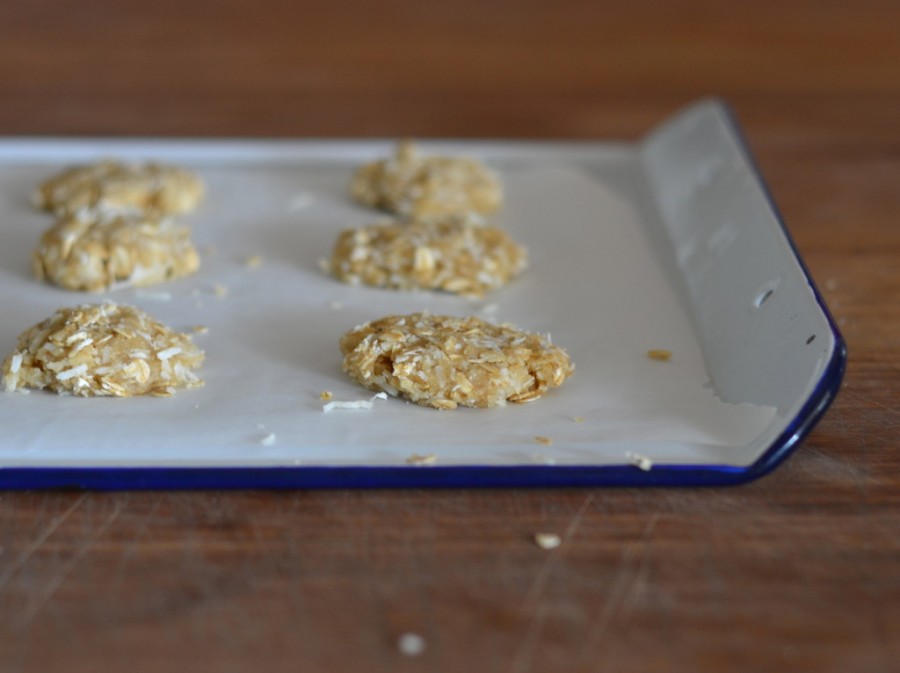 Oats are always a staple in the kitchen and are so much more than the main ingredient in a steaming bowl of porridge to comfort the soul on a cool winter’s morning. They make a great summer breakfast too, soaked overnight with freshly squeezed orange juice, and eaten the next day with a handful of chopped nuts and some plain yoghurt. Oats are beautifully suited to mixing with almonds, sultanas and some cinnamon and brown sugar to stuff into cored apples before they are baked and subsequently eaten with lots of double cream. They are also a nice addition to fruit crumble toppings, bringing with them a further textural dimension. Their flavour is excellent paired with fish, used in the exterior coating of smoked fish cakes for example or scattered liberally on to the mashed potato that crowns a fish pie. And of course, they are fantastic for baking biscuits. 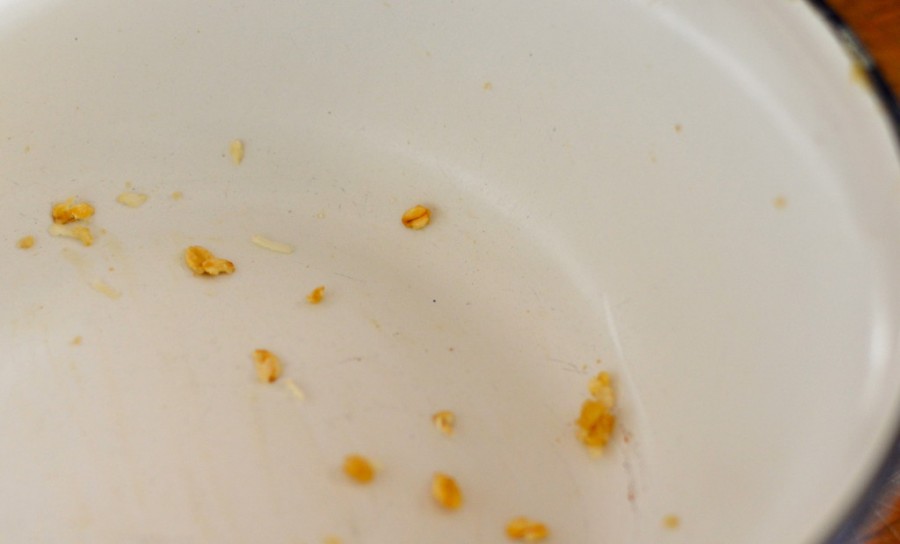 It is very safe to say that Thea enjoyed the more traditional Anzac biscuits that I made for her. The tartan tin in which they were stored was quickly remembered by association. When ever she caught sight of it in the kitchen cupboard, she made it very clear with a pointed outstretched arm and a persistant ‘mmm’ that she wanted what was inside. In fact the contents of the tin emptied very quickly indeed, Thea’s dad, grandma and grandpa all enjoying an Anzac biscuit. I enjoyed one too. With a cold glass of milk and a magazine. 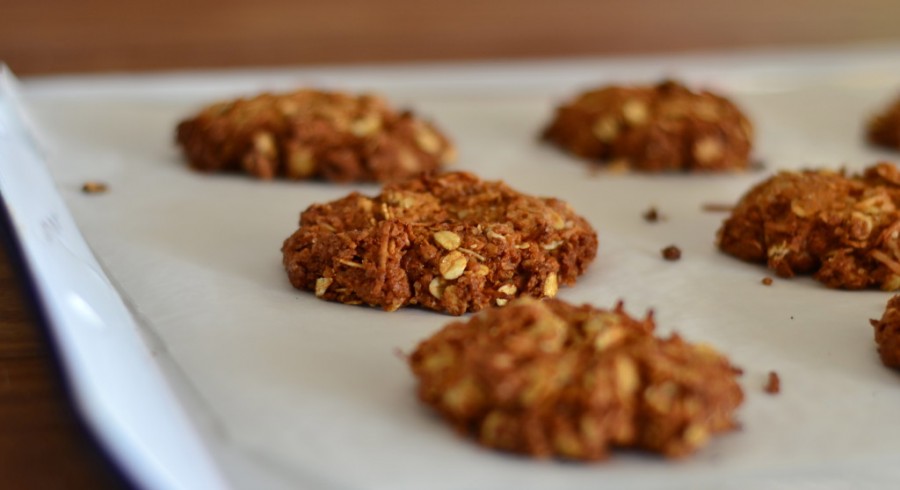 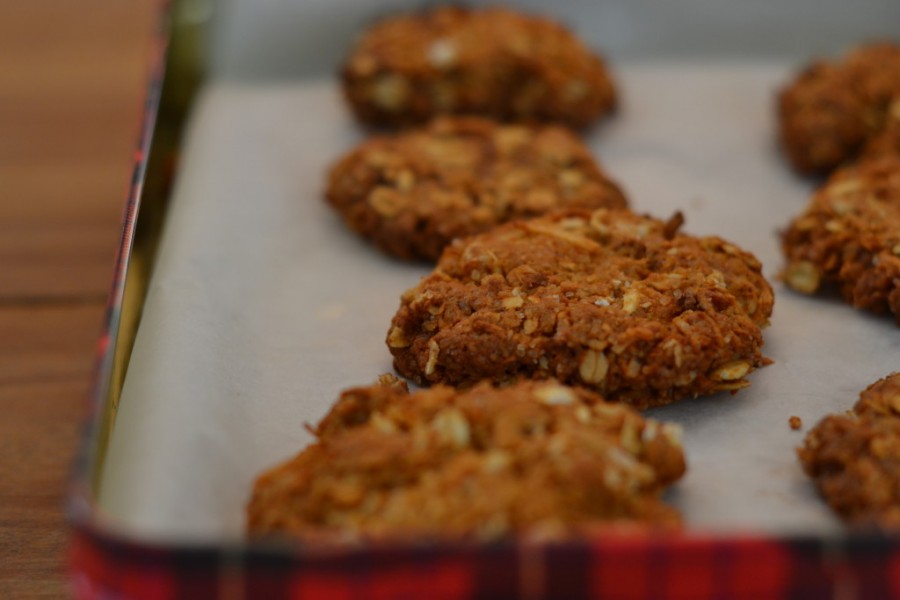 Begin by preheating the oven to 150C and melting the butter.

Next, add the golden syrup to the bicarbonate of soda dissolved in the 2 tablespoons of boiling water, then add the melted butter.

Mix the oats, sugar, coconut and flour together in a bowl and then stir in the wet ingredients.

Using your hands, form small balls of the mixture and press down on to a paper lined baking tray. If the mixture does not easily form into balls, add water little by little until it does.

Bake for about 15 minutes until the biscuits are deep golden brow. Cool completely before biting in. 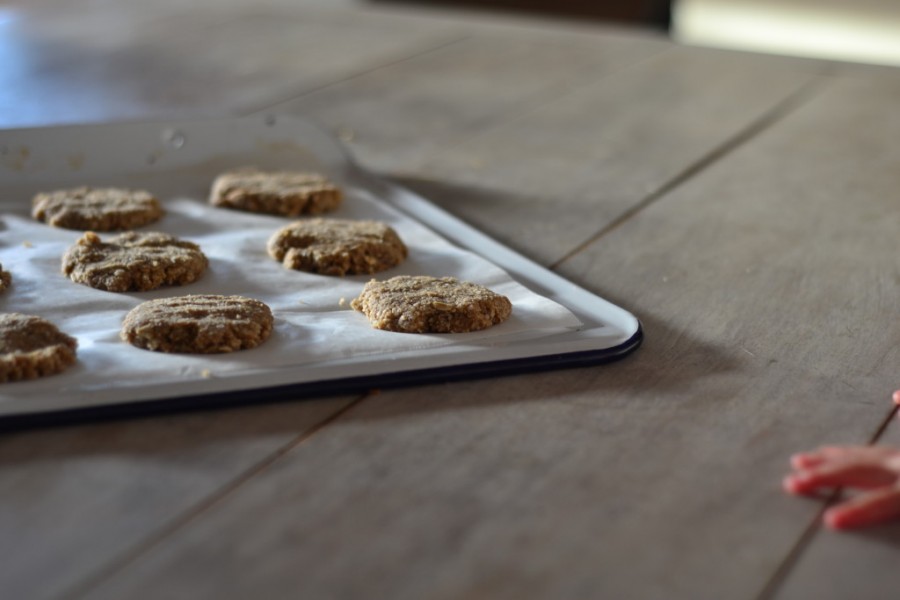 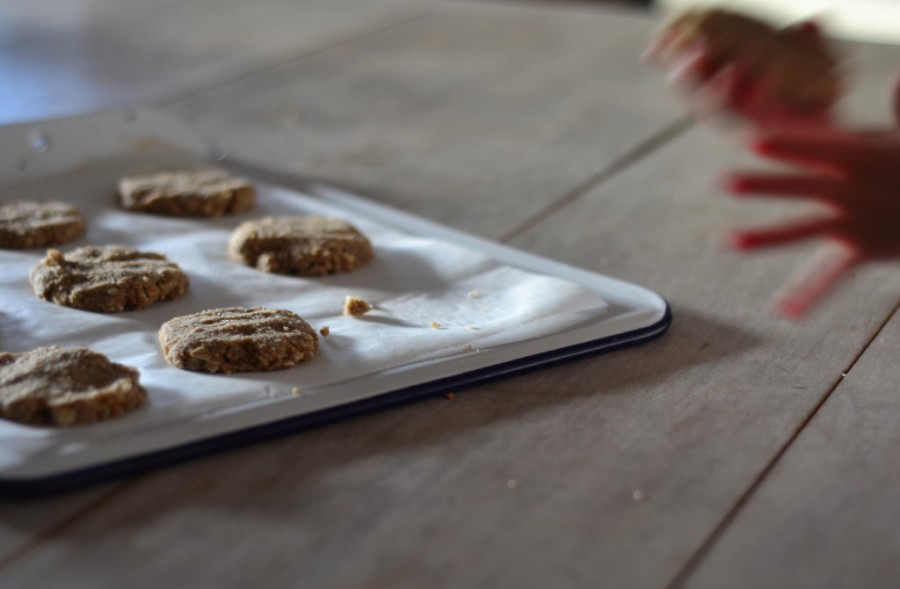 Adapted from a recipe by Teresa Cutter

Simply add all the ingredients, except the water to the bowl of a food processor.

Pulse for about 30 seconds until the mix is well combined.

Now add the water and process again. This will help the mixture stick together.

Using your hands, form the mixture into balls and press onto a paper lined baking sheet

Cool completely before eating, but if you’re Thea this never happens, bite in and enjoy. 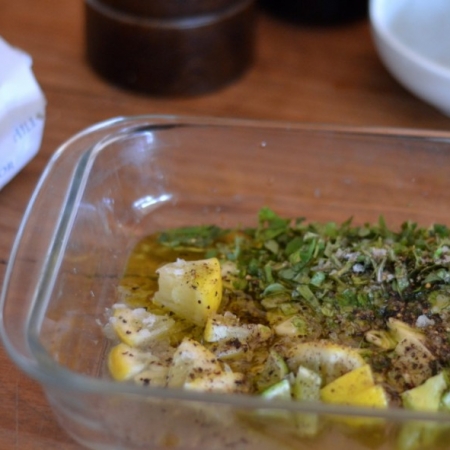 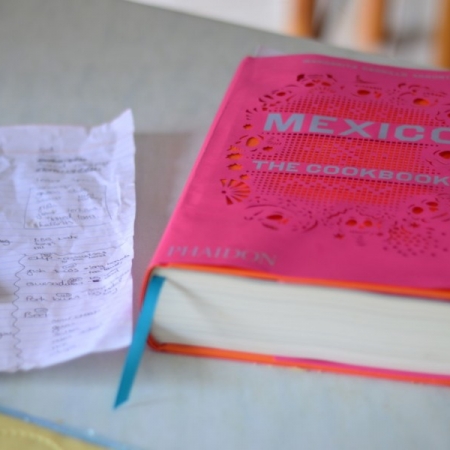