I have been absent. From my computer and camera though. Not the kitchen. I’ve still been busy in there, creating some comforting and filling week night dinners in preparation for a half marathon that I’ve been training for. Pork belly with roast parsnips and leeks coated in a white sauce, Karen Martini’s baked polpette with brussels sprouts and washed rind cheese and Jamie Oliver’s chicken in milk. Winter food to warm, fuel and nourish. 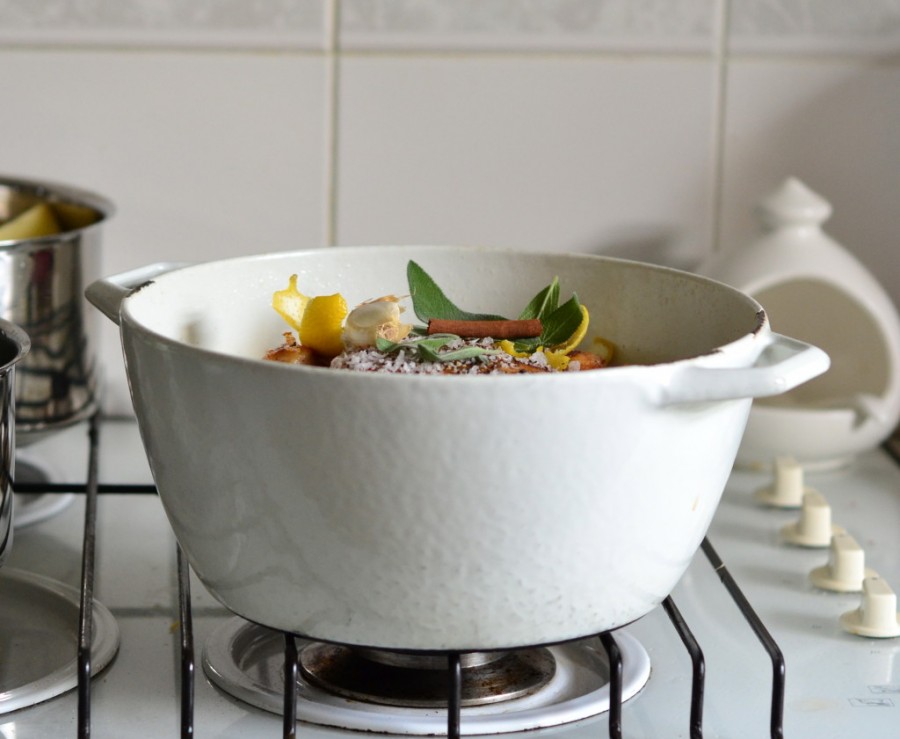 I am proud to report that I completed the 22 kilometre race course at the weekend in two hours and four minutes, much faster than I had anticipated. There’s a lot to be said for a little competition. To challenge yourself with your inner dialogue to overtake the lady in the grey top, and then the man in the blue t shirt. To maintain the faster pace because you tell yourself that you have trained well, that the scenery is beautiful and it’s a wonderful feeling to be up and exercising early on a Sunday morning. And then there’s the marshals cheering you on, uplifting your spirits and making you smile. It seems I run faster with a smile. 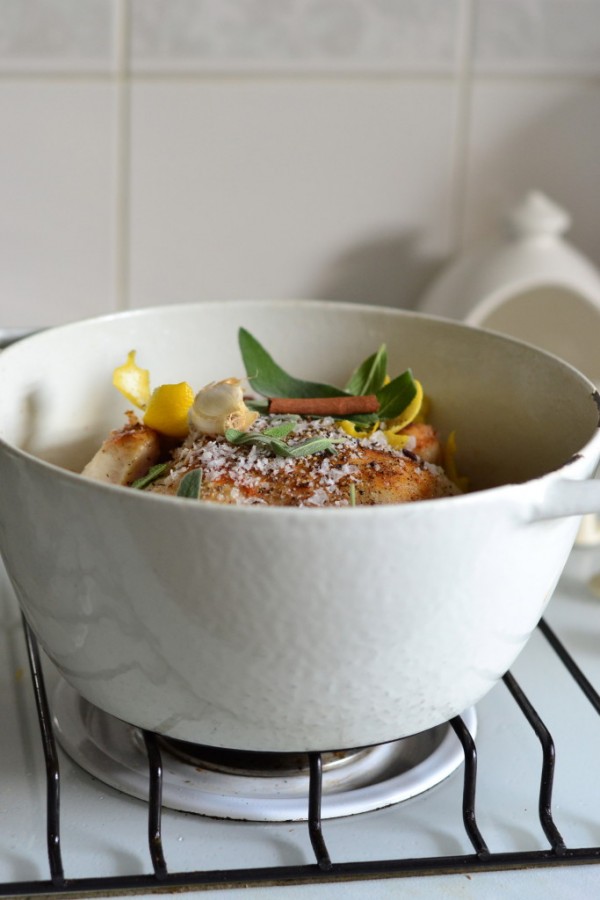 So now the question is, do I continue training for the full marathon in September. Currently with a cold and sore muscles, I’m not sure. But the possible achievement of completing the 42 kilometre run around Sydney, including running across the Harbour Bridge, does seem like a worthwhile feat. It’s also something that I’m curious to know if I can do. Watch this space. 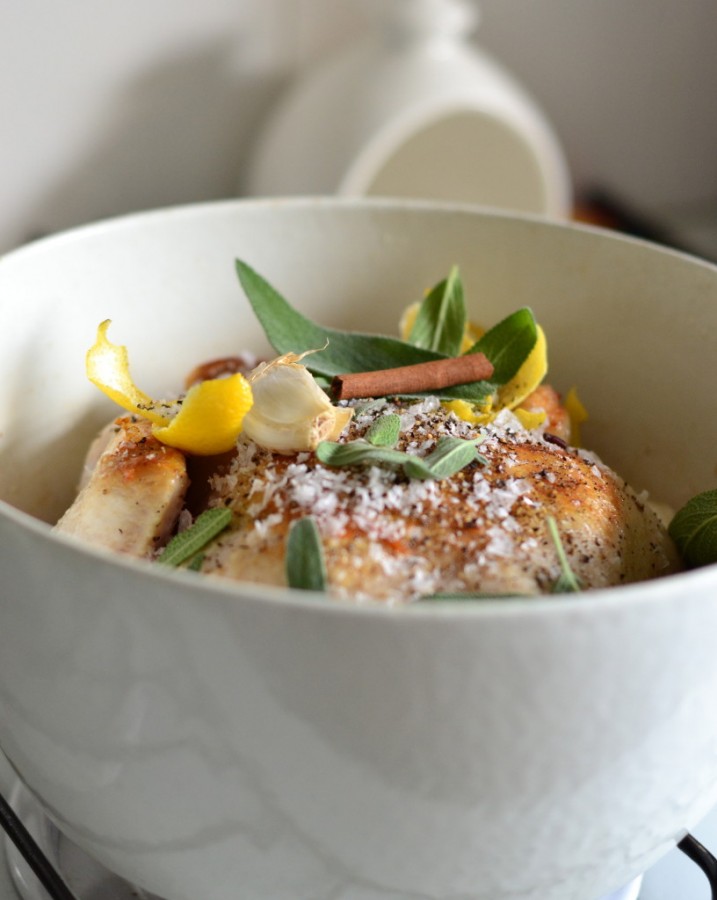 But back to the chicken in milk. Cooking meat in milk is something that has been on my kitchen to do list for longer than I can remember, yet I have been scared of doing so for fear that it would be a complicated task. I can assure you now, it’s not. In fact this recipe yields stunning results for the small amount of effort that you have to put in. I adapted Jamie’s original recipe slightly to incorporate the flavours of bread sauce, a classic British sauce that traditionally accompanies roast chicken. It’s a sauce that I am an absolute fan of. Enjoy.

Begin by browning the chicken on both sides in a little oil. Use a sturdy bottomed pan to do this, preferably that one that you are going to cook the chicken in the oven in. Heat the pan over a low heat, place the chicken inside and simply let it sit on one side until it is golden brown, which will take about 5 minutes, before turing it over (with thongs) and repeating the process.

If there is excess oil at this pout, drain it form the pan.

Now add the the remaining ingredients and place the pan in an oven preheated to 180 C.

Cook the chicken for about 1 hour 30 minutes, basting with the milk regularly.

Serve with green vegetables and mashed potato to soak up all the beautiful sauce. I used some of the milky sauce in the mashed potato. Delicious. 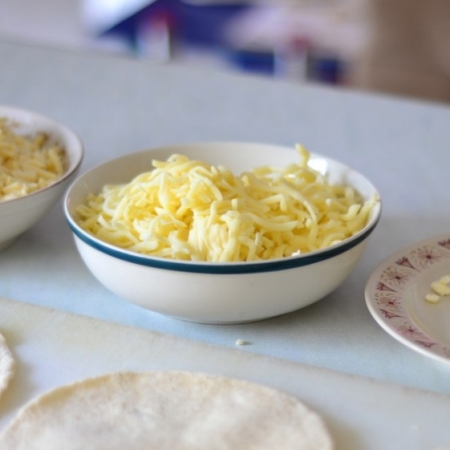 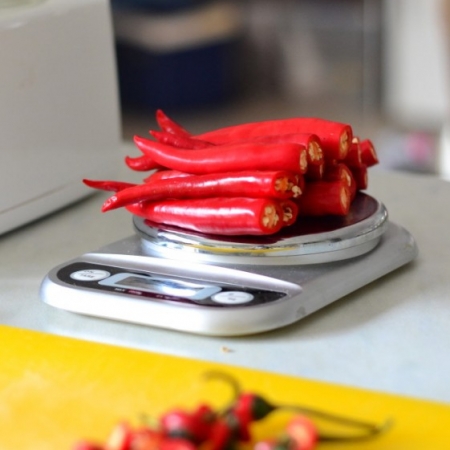