It’s one of those things that you never appreciate until it happens. Until you become a parent. A mother. A father. Until there is something on this earth that steals your heart. Completely. I know Pat and Thea stole their father’s heart. Clasped it with all their might as soon as they took their first breath. And the grip only gets stronger. The human experience of parenthood. It’s magical. And to celebrate this wonder, this post is dedicated to Mark, Pat and Thea’s dad. The man who built our house. Who fixes stuff and is strong. And who is a sucker for pancakes for brekkie! 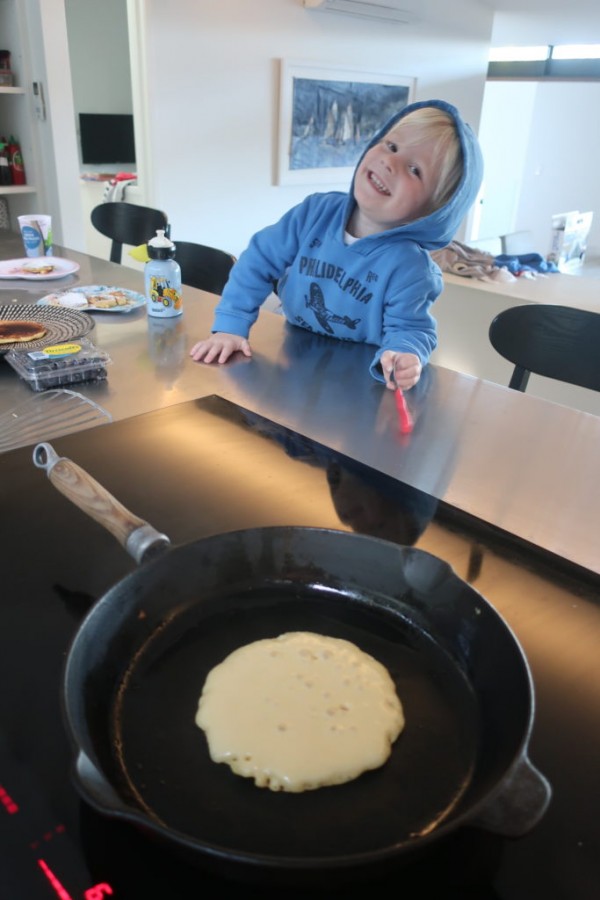 When I first told Mark I was pregnant with Thea, he din’t believe me. Surely not. Was the test accurate?! He wasn’t ready. Didn’t we have more holidays, dinner dates, lie ins, just the two of us, and a life with less responsibility. But it was true. And as the weeks went by, he kind of got used to the idea. We were going to be parents. He was going to be a dad. I knew that he would be amazing. 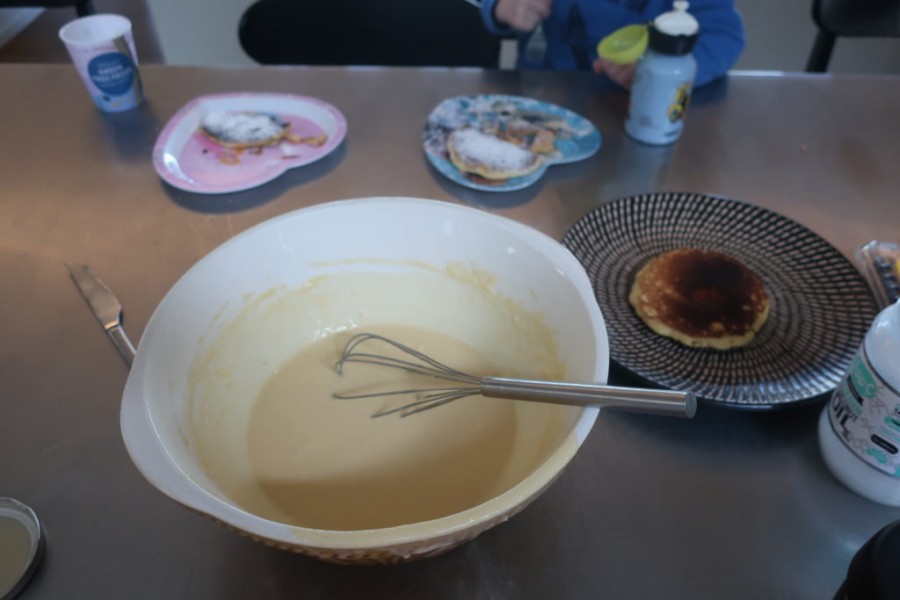 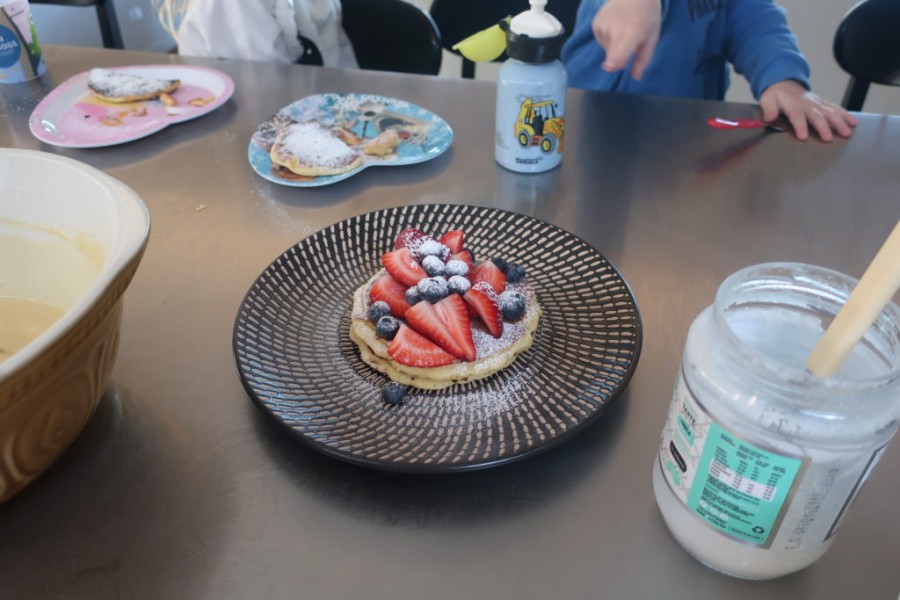 For us I suppose the gravity of becoming parents kicked in early at 23 weeks, when we were told that Thea might not make it. She wasn’t growing, and nothing could be done. From there on in he was a rock. Taking time off work. Making me my favourite dinners. Giving absolute emotional stability. Right now, I can still feel his cheek pressed hard against mine in the operating theatre as at a little over 29 weeks, Thea was making her way into this world. Tears were streaming down my face with fear and sadness for our tiny, just over one pound baby girl. But after cutting the cord, Mark assured me that she was fine. Perfect. Beautiful. And I knew that he meant it. Hook, line and sinker. He was gone. Head over heels in love. His little ray of sunshine had arrived. 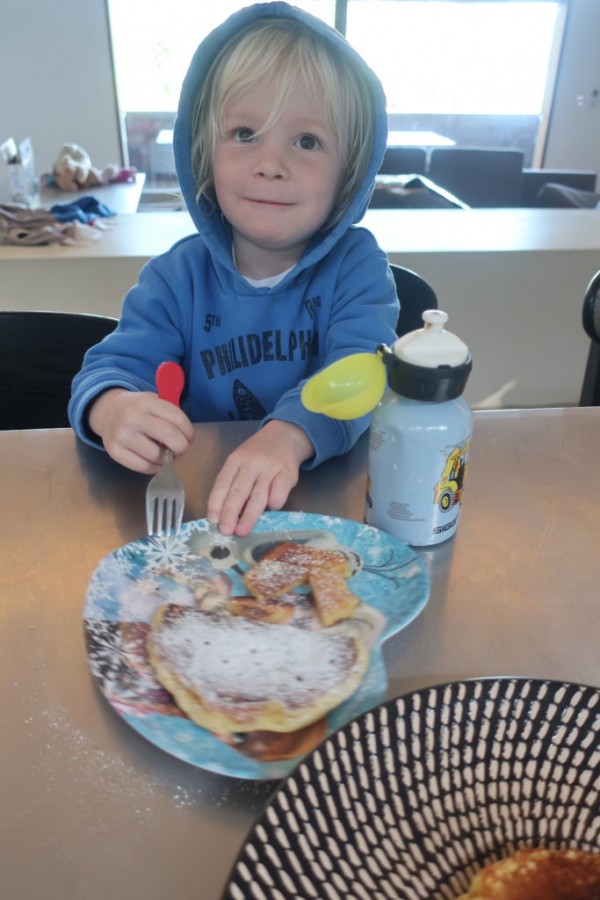 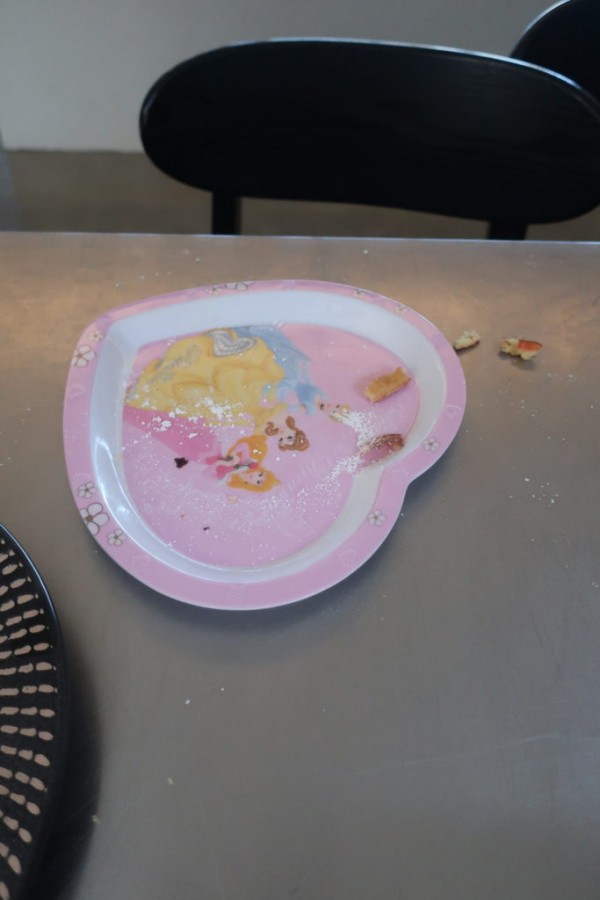 Pat’s story is similar. More disbelief. Pregnant once more. Thea at three had only just started to sleep well. Were we really going to do it all over again. Even more hard to believe was that Pat had the same complication as Thea and wasn’t growing well either. But he made it to 36 weeks and came home after two nights in hospital. The pure haze of love that surrounded our new family of four during those first days of life with Pat was incredible. And it was a haze. Mark took the week off work and all three of us slept in one room. Although Pat did not sleep. Not unless he was held. So we each took turns dozing with him in our arms until he stirred for a feed. This never happened with Thea, my theory being that she spent so long in a humidicrib that she was used to sleeping alone. Sleep deprived as we were, it was still the most special shared experience.

Fast forward to Pat, three, and Thea, six. Yes they are a handful. Pat loud, boisterous, always wanting to wrestle with his sister. Forever breaking things. Never eating his dinner. Falling over and hurting himself an eye rolling amount of times a day. But so bloody cute. His dad confesses to thinking his son is more cute every day. And Thea. A pocket rocket. Quiet but determined. Fine featured but incredibly strong. He describes her as the most beautiful thing in the world. He would part the seas for her if he had to, but that doesn’t mean that she can forget her manners.

He has so much love for them, but I think that they give it back in spades. Thea’s card she made for her dad for Father’s day at school will surely make him crumple when he reads, “you are the best dad in the world because you built our house.” He did. And it nearly broke him, but his love for them ultimately made it possible. He is gentle, kind, patient, hardworking, and likes to do a job well. He doesn’t shout and can always make his kids laugh. They are so lucky to have him as their dad. Here’s to you Dada. Enjoy all your beautiful hand made offerings and your favourite brekkie. 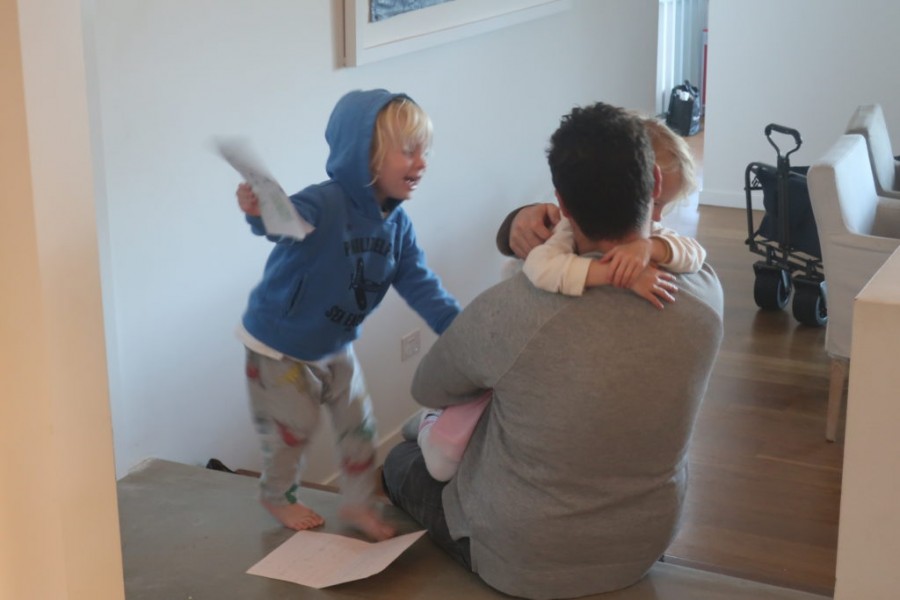 Mix all the dry ingredients, flour, sugar, baking powder, bicarb and salt in a bowl.

Heat a pan over a moderate heat. Pour, the mixture must be a thick pouring consistency and can be thinned with a little more milk if needed, a nice puddle of the batter into the pan. Once you start to see bubbles forming in the pancake, it can be flipped over. Cook until both sides are golden brown. 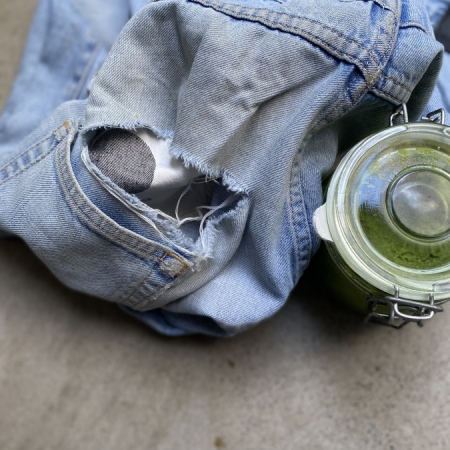 Brazil nuts, blue jeans and a broken heart. And some pesto.
Scroll to top