I have fond childhood memories of weekend breakfast’s consisting of hot toasted crumpets spread with so much butter and honey that the two would melt and run down through the little holes on the crumpet’s surface and onto the plate below. Let’s be honest. This is the only way to eat toasted crumpets. An occasional treat bought from the supermarket, crumpets are not something that you can easily make at home. Or are they? Seeing a recipe for them in this month’s Gourmet Traveller, I read the list of ingredients. All pantry staples. And the method looked straightforward too. Before I knew it, I’d measured everything out, mixed it all together and crumpet dough was sitting in front of the fire proving. Half an hour later it had doubled in size and I poured mounds of the mixture into a pan and proudly watched as tiny holes formed in the batter. My first batch of home made crumpets. 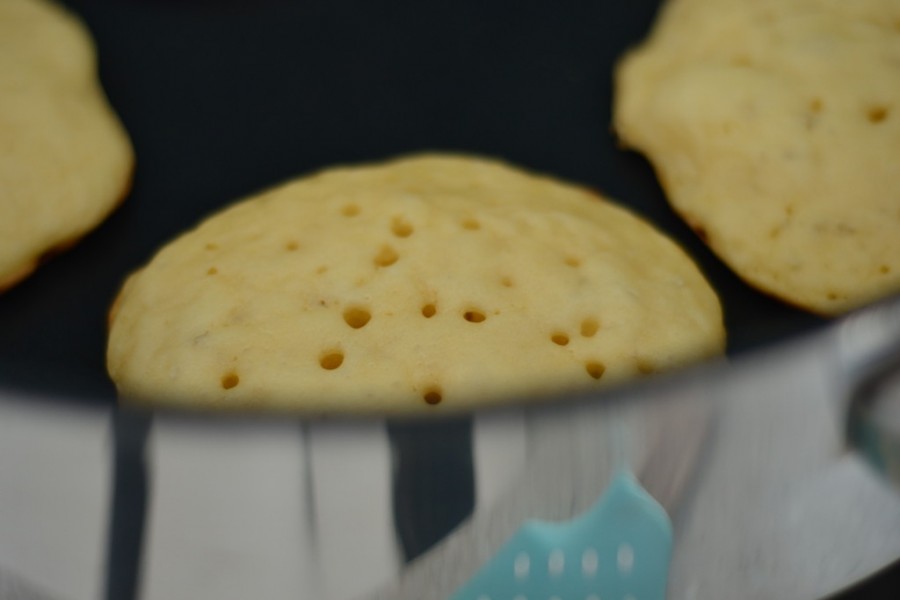 Ok. So that’s not the whole story. It took me three attempts to perfect my home made crumpets. After my first fail, I considered writing to Gourmet to tell them that their recipe hadn’t worked. But I had kept the batter in the fridge overnight and tried to make the crumpets the next morning. So I reconsidered. Not one to simply give up, I decided to have a second try and this time make the crumpets without leaving the batter chilling overnight, but cook it straight after it had doubled in size. I didn’t have any egg rings though, so although my second batch of crumpets had the signature divots in their surface, they were quite flat and more like drop scones. 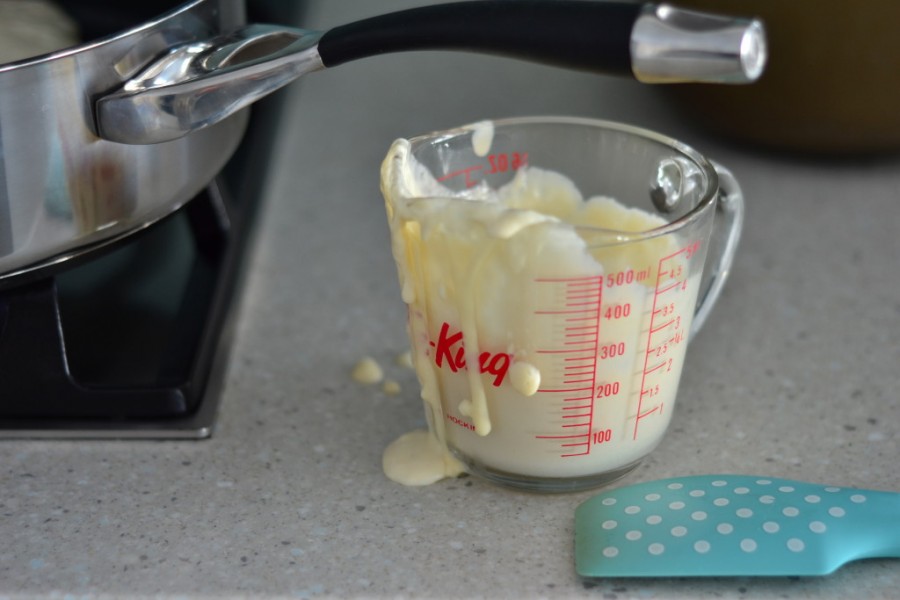 With two trials under my belt, on the third go, I even impressed myself with the results. Using buttered egg rings to cook the batter in made a huge a difference and my home made crumpets were tall, fluffy and perfectly dimpled.  I flipped a couple over in the pan to brown the tops and immediately spread them with rather a lot of butter and twirlings of sticky honey. Delicious. 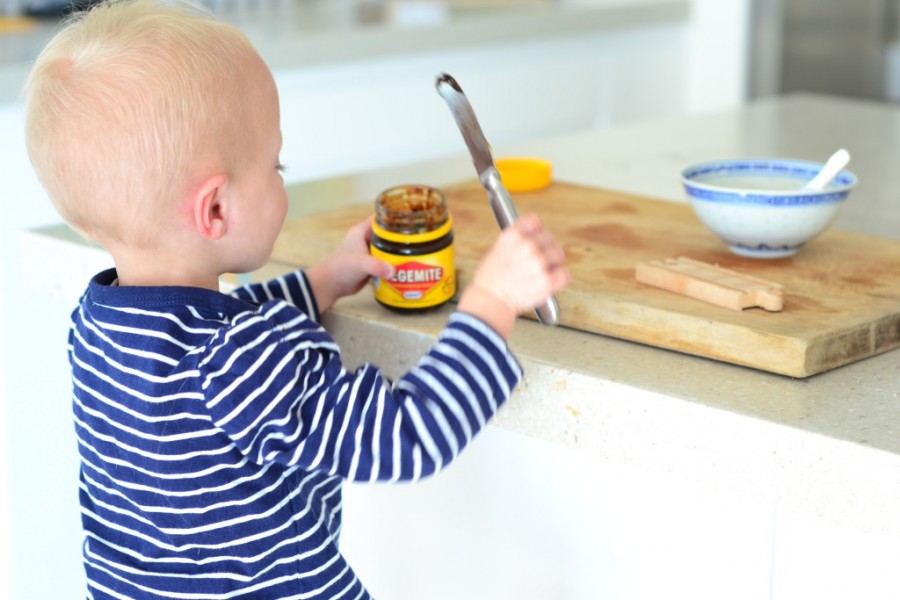 It’s very comforting when someone is able to try something out for you and report back that whatever it was is easy. Straightforward. Uncomplicated. It makes you feel safe and gives you confidence. I am now able to do this and tell you that home made crumpets are easy. That the recipe in the magazine does work. That a non stick pan will make the process a lot easier. That egg rings aren’t vital, but they do make a taller crumpets. That from start to finish, making crumpets will take under and hour. And they freeze beautifully. So go on. Have a go. PS. Thea is under the impression that Vegemite is best on crumpets. 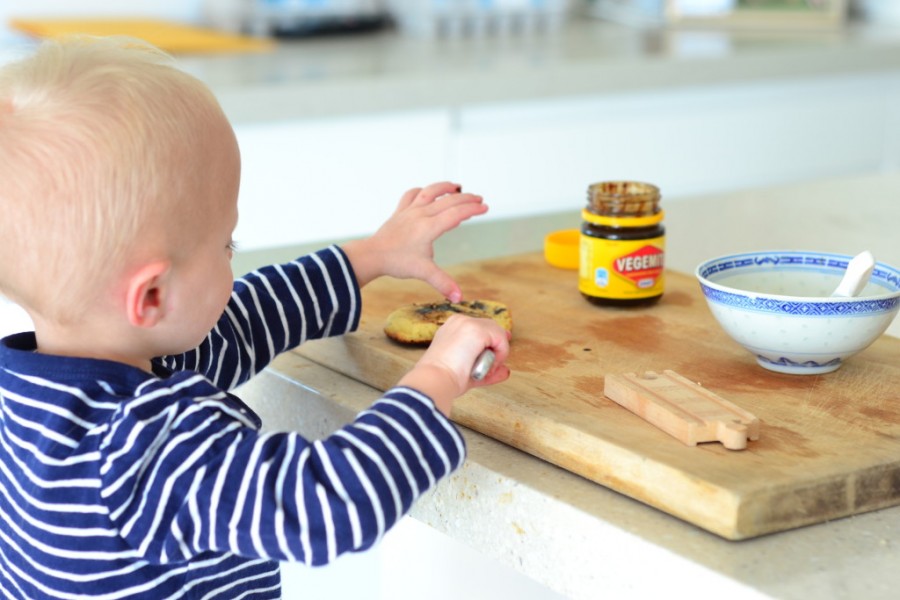 Recipe by Sean McConnell from August 2015 edition of Gourmet Traveller

Combine the yeast, sugar and water in a bowl and leave to stand in a warm place for 15 minutes.

Combine the flour and bicarb in a large bowl.

Melt the butter in a pot with 200ml of the milk. When the butter has melted, add the remaining 600ml of milk and when the time is up, the yeast mixture.

Add the yeast and milk mixture to the flour mixture and stir to combine. Now leave this mixture in a warm place for about 30 minutes or until the batter has doubled in size.

Heat a non stick pan over a medium heat and pour the batter into buttered egg rings inside the pan. Cook for about 10 minutes until holes have appeared and the surface of the crumpet is set.

At this point, the crumpets can be stored for future use, either in the fridge or freezer or toasted right away, smothered in butter and honey and enjoyed.

Follow Me
Easy chicken pasta with feta and veggies 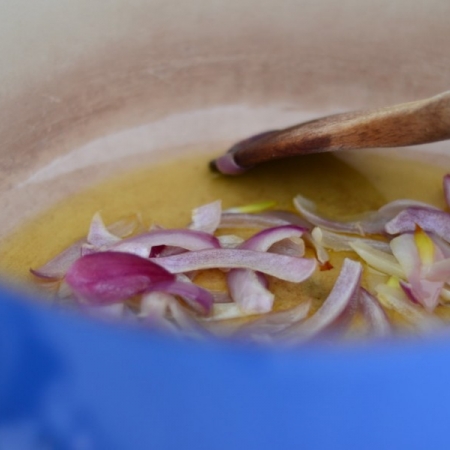 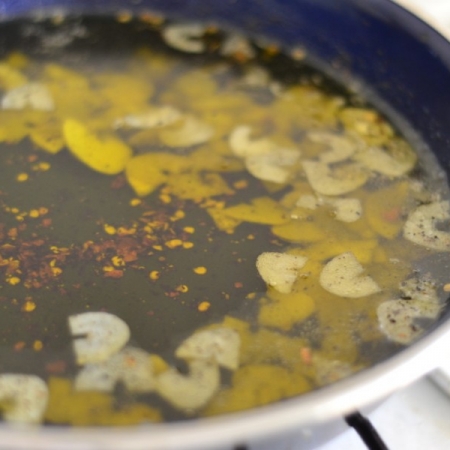 Mozzarella salad with celery and walnuts
Scroll to top