A cheese and pineapple echidna, chocolate cornflake cakes, popcorn, fresh fruit skewers, homemade lemonade. And cake. What a kid’s birthday party is all about. Singing happy birthday, blowing out candles, making a wish and eating cake. For Thea’s first birthday I had baked her a baby friendly banana and coconut birthday cake with THE most delicious maple buttercream frosting, a beautiful recipe from rubies and radishes. No grains and no refined sugars for little tummies and their first taste of cake. I was looking forward to baking it again for Pat’s celebratory day. Little did I know, it was going to turn into a lesson on how to make Italian buttercream. 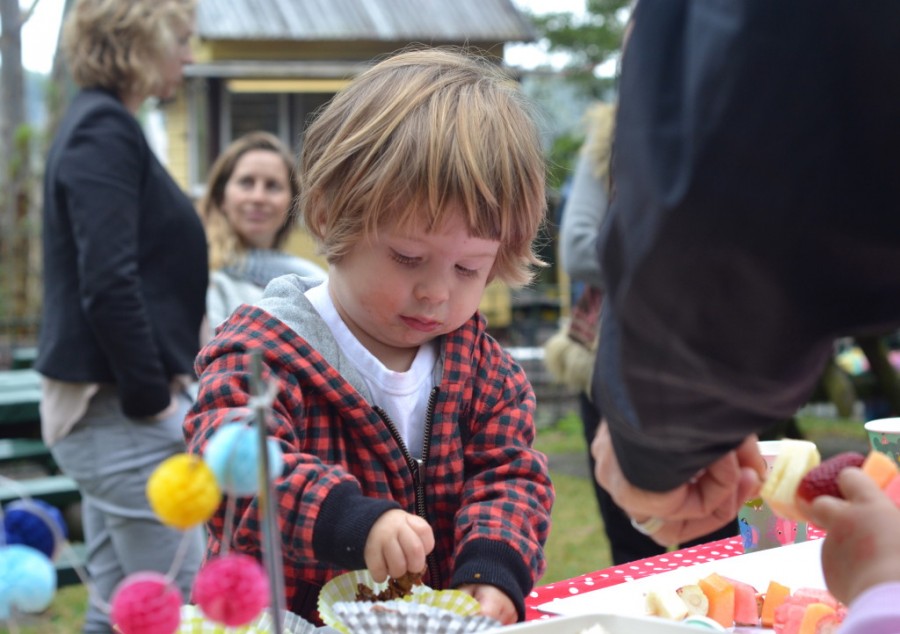 The night before Pat’s party, to be held at a ride on model railway, the banana and coconut component of Pat’s cake was on the bench ready to be iced. With Thea and Pat in bed it was time to start making the best part, the maple buttercream, to ice it. I poured the maple syrup into a saucepan and heated it to 115 degrees. While it was heating I whisked up four eggs. Ok. Now time to add the hot syrup to the eggs, steady stream, all in. And now the butter. Shit. The beautiful billowy whisked eggs turned to soup. Damn it. What had I done wrong. I’d made this icing before. Weird. Maybe the syrup wasn’t hot enough. So I tried again, this time with a different thermometer. 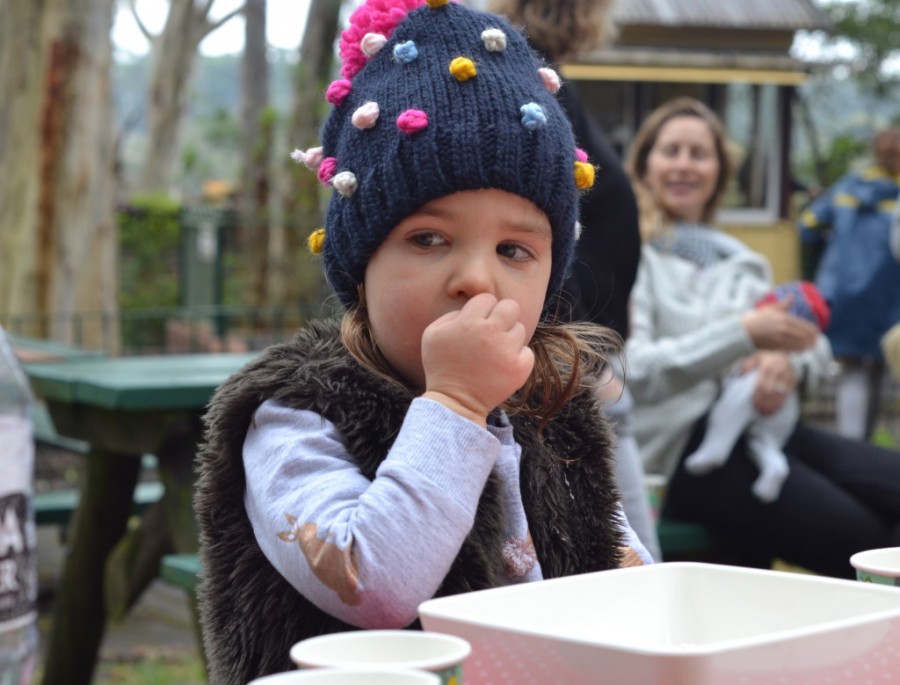 Oh shit. On my second attempt with the new thermometer I forgot to change the settings from Fahrenheit to Celsius. Third attempt. Soup. Ok. Seriously. What is going on. You tube. Fourth attempt. Fifth attempt. I was raging. All those beautiful ingredients. What was I missing. Why wasn’t it working. I’d done it before damn it. Who could I call. What was my plan B. Cross and disheartened I went to bed thinking that I would just whip up some fresh cream in the morning and ice the cake at the party. 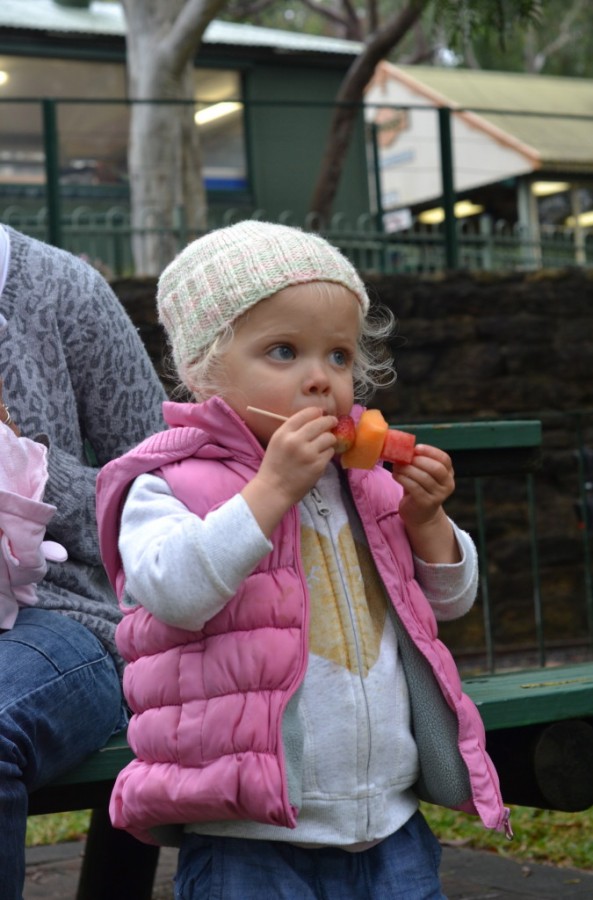 Anyone who knows me will know that I don’t give up. I’m stubborn and determined, and like a rumbling dark storm cloud when something isn’t going my way. So without even knowing why, in the morning still in my pajamas with 15 minutes until we had to walk out the door, I abandoned plan B and started my sixth attempt at the icing. Heat the maple syrup, oh wait no I used it all last night. Ok honey. Heat the honey. Whisk the eggs until doubled in size. Honey hits 115. Pour the honey down the side of the bowl with the motor still on high. Now the bit that I didn’t do the night before. I left the mixer going on high for a generous 15 minutes. I even held an ice pack against the side of the bowl during this time (a you tube tip from this lady) to help bring the mixture to room temperature. With the first piece of butter in my hands ready to add to the mixture, there was now no time for a back up plan. Every single one of my eggs was in that basket. My heart sank. The eggs lost some of their volume. Shit shit shit. Oh fuck it. I just kept adding the butter. 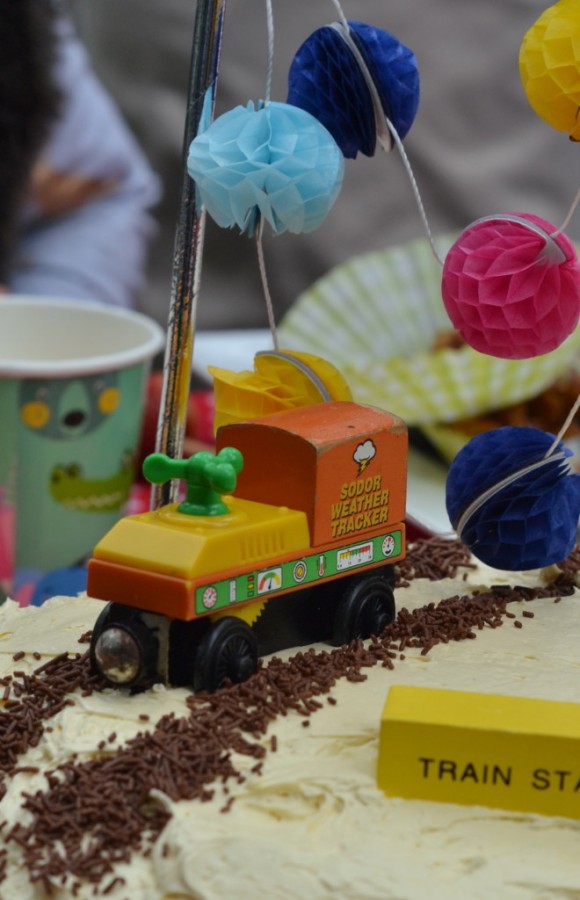 Piece by piece I dropped the butter into the bowl and watched, quite astonished after so many agonizing attempts, as the buttercream began to increase in volume again. Wow. I’d done it. I had made honey Italian buttercream. Elated knowing that there would be icing on the cake I grabbed the bowl, a spatula, some Thomas trains and we headed for the party. 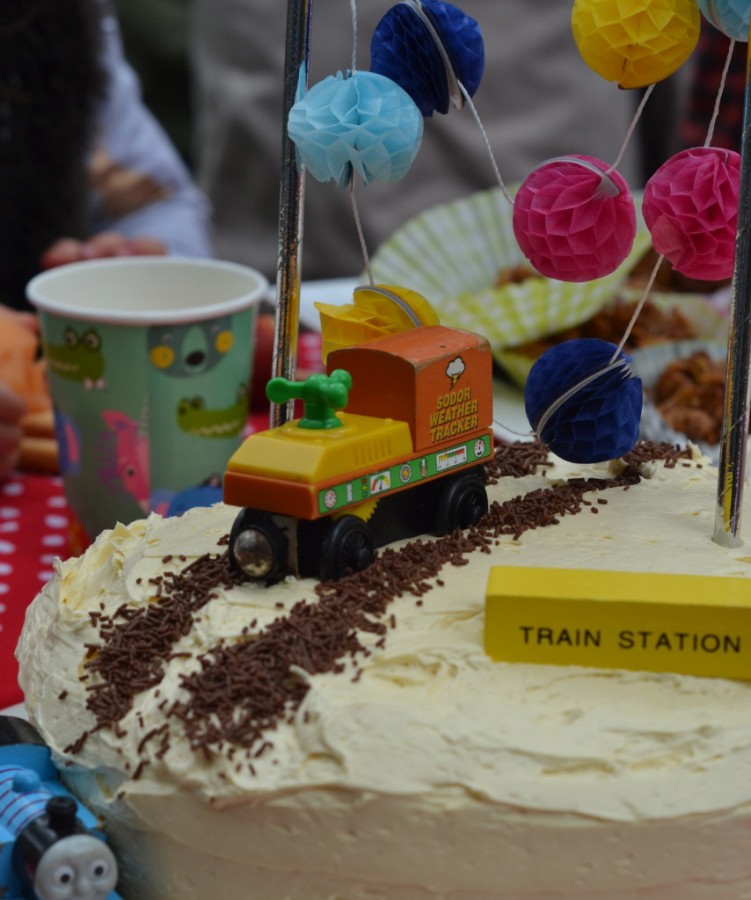 Kids parties are a delight to plan. Any party is fun to plan, but especially children’s ones. They’re bright, colourful, imaginative and creative. They make food fun. And it’s always heartwarming to see small people excitedly putting little fistfuls of food into their mouths. I made sure that the spread wasn’t too sugar heavy and surprisingly the children dived into the fruit skewers while the adults scoffed the chocolate cornflake cakes. Pa cooked sausages on the wood fire barbecue while everyone had rides on the sit on locomotives. The cake cut into just the right amount of  slices, and there were even a few comments about how good the icing tasted. I’m sure everyone wondered what all the fuss was about though, and Pat didn’t even want any. Never mind. I’m so happy I didn’t give up. And the icing for Thea’s cake. You guessed it. A maple buttercream. From now on it’s going to be my signature. 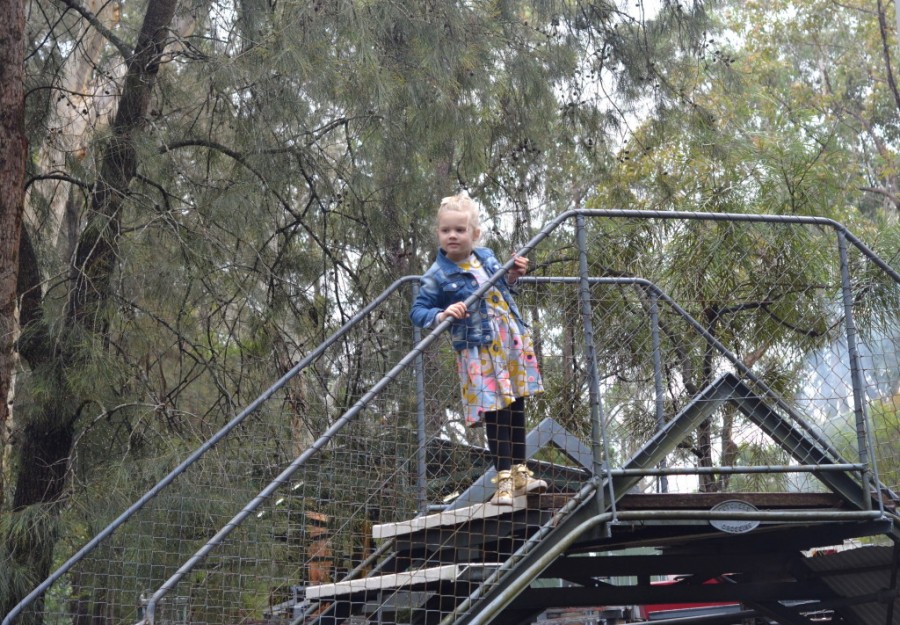 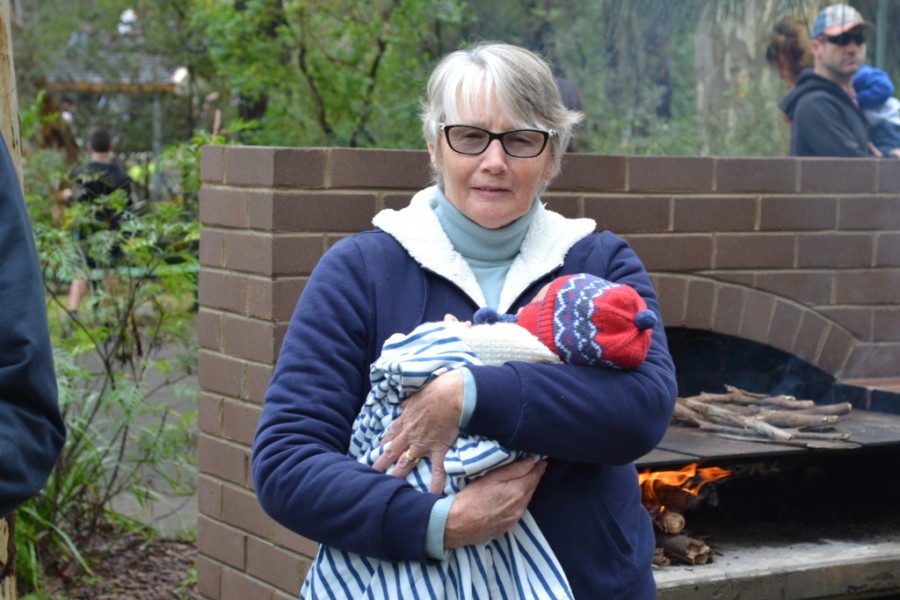 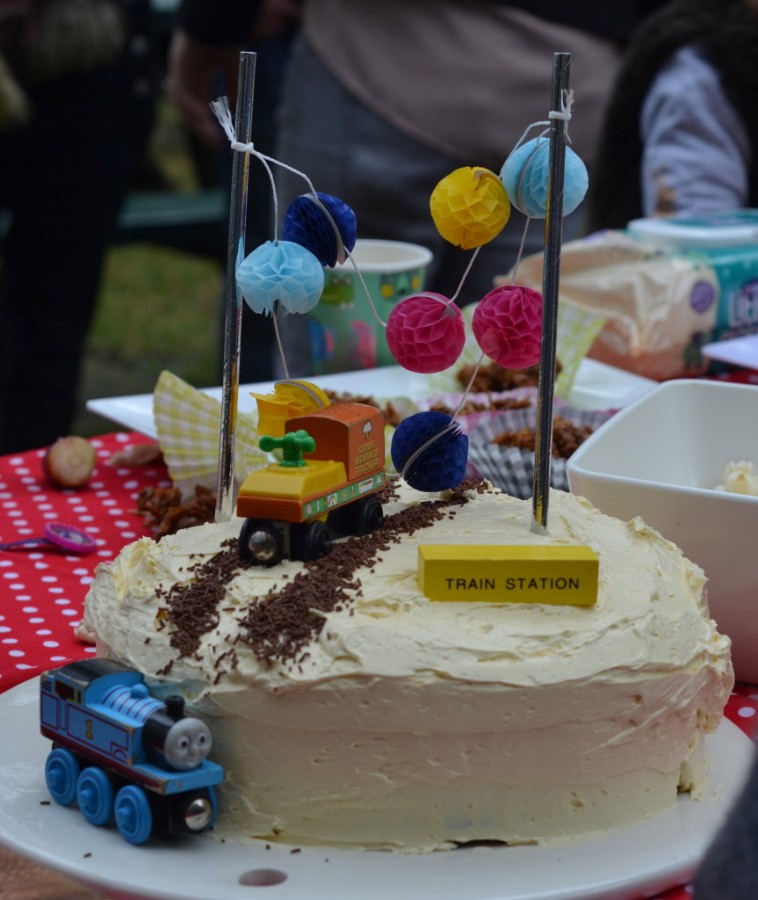 How to make Italian buttercream

Recipe from rubies and radishes

***This is the point where things may turn to soup. If the egg/syrup mixture is too hot when the butter is added, it may turn to liquid. Stop adding the butter and get an ice pack (or several) from the freezer and hold it against the side of the bowl. This is to try to cool the contents down and bring it back to a fluffy mass.
The opposite thing can also happen if the butter added is too cold. Then the icing will become grainy and appear to separate. In this instance, wet a tea towel with hot water and hold it against the side of the bowl to warm the mixture up and “melt’ the butter slightly.