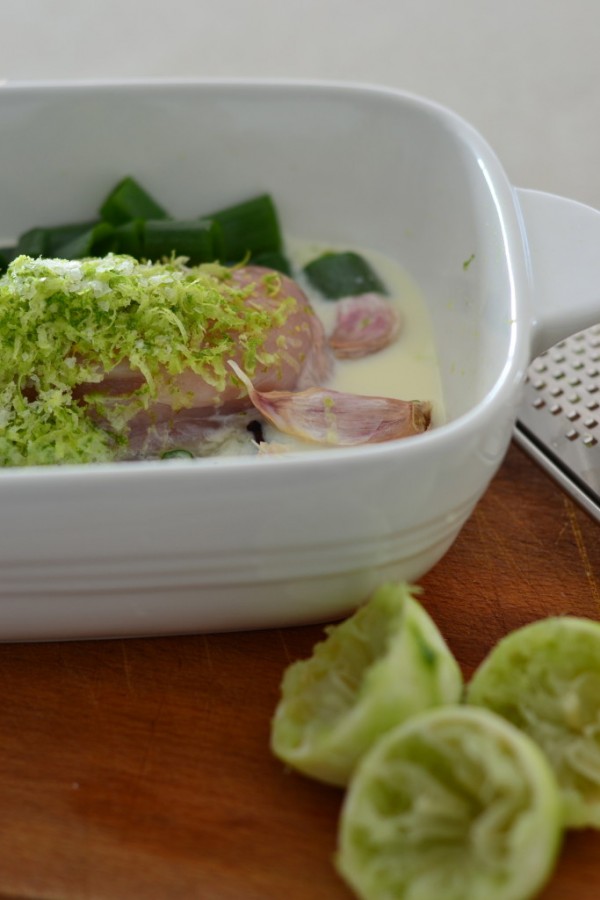 Thursday dinners always seem to be Mexican in our house and this week it was something a little bit different from the normal tacos and quesadillas. I made baked lime chicken burritos. The inspiration for them came from a third birthday party a few weeks ago. This Mr. Three’s parents certainly set the bar high for the rest of us mums and dads in terms of how to throw a kid’s party. Upon walking through the front door we were greeted by dozens of little black felt capes, red stars emblazoned with everyone’s initials on the back, hung ready for their new owners to wear. The centrepiece of the celebration was a spectacular bright red fire engine cake, complete with Oreo cookie wheels, liquorice hose reel and chocolate wafer racks. That was for the littles though. For the grown ups there was delicious shredded chicken burritos. 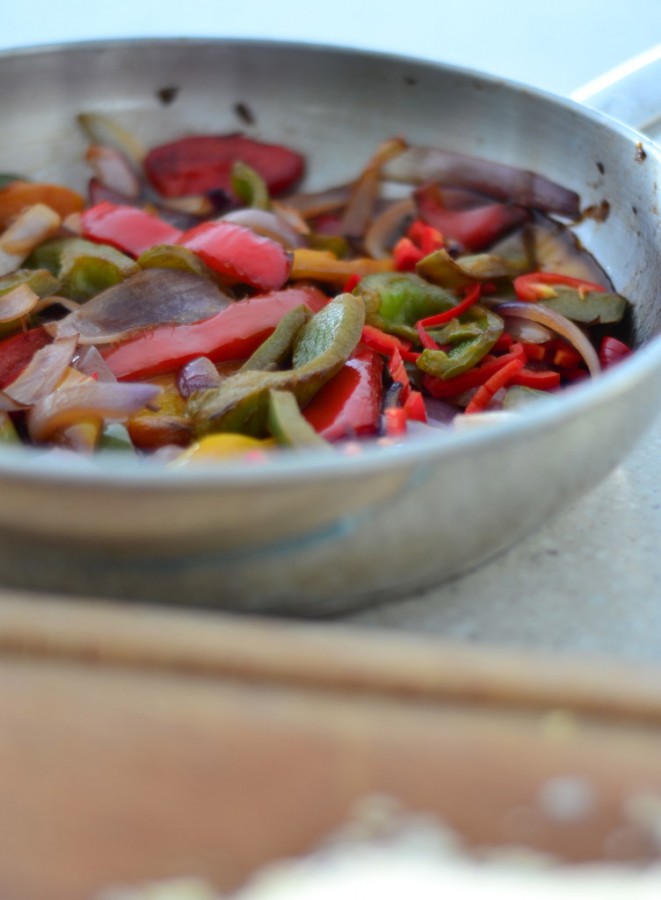 Before heading to the party I donned my trainers and earphones and headed out for an hours run. I’m still clocking up the miles in preparation for the Sydney marathon, now only a couple of weeks away. Hopefully I’m getting fitter. Some days my legs feel like jelly from the get go. One thing all the exercise does do though is give me an appetite, so despite having breakfast I was still hungry when I arrived at the party and very excited to hear that chicken burritos were going to be served. What fascinated me was the texture of the chicken, like angel hair, apparently shredded in a food processor. Genius. It packs into the tortilla so much better than pieces of chicken because it can be squashed down with the other obligatory burrito ingredients: Sour cream, guacamole, lettuce and grated cheese. 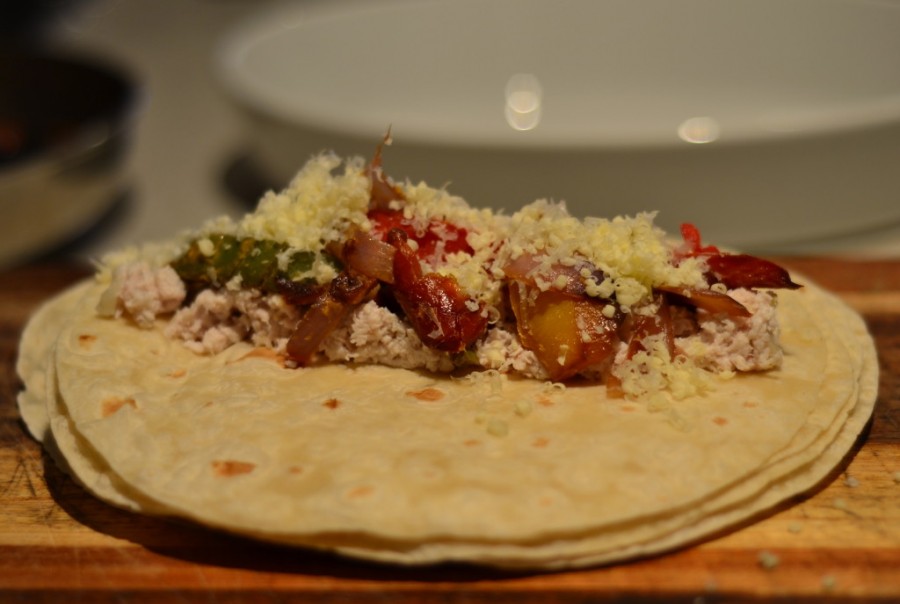 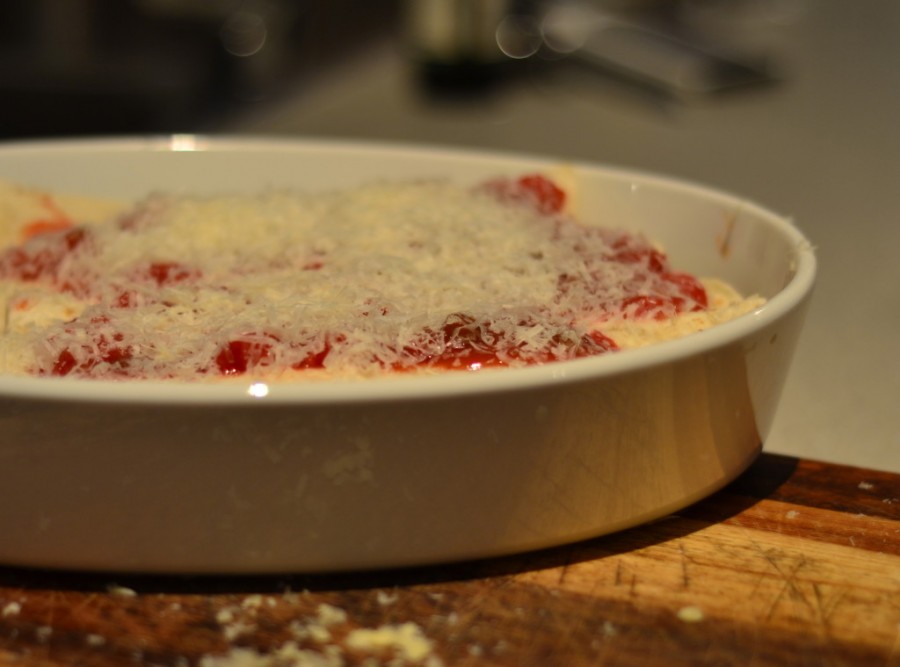 So with my new insight of how to shred chicken fantastically fine, I set about cooking some to shred for dinner. Poaching is a great way of cooking poultry it as it helps to keep it moist, so that’s the road I decided to head down. Poaching chicken in milk along with some loosely Mexican inspired flavourings. When it was done (and had cooled), I will admit that I was more excited than I should have been to whizz it in the processor. The resulting chicken resembled fairy floss and was zingy with lime. It would be perfect wrapped up in lettuce leaves along with some strips of carrot and avocado, maybe some red cabbage for extra colour and a dousing of chilli sauce. Or served a top corn chips with some finely diced tomato (seeds removed) and red onion as little tostada appetisers. The chicken could even be poached in coconut milk and then served, strained poaching broth and all, with glass noodles, baby corn and coriander. 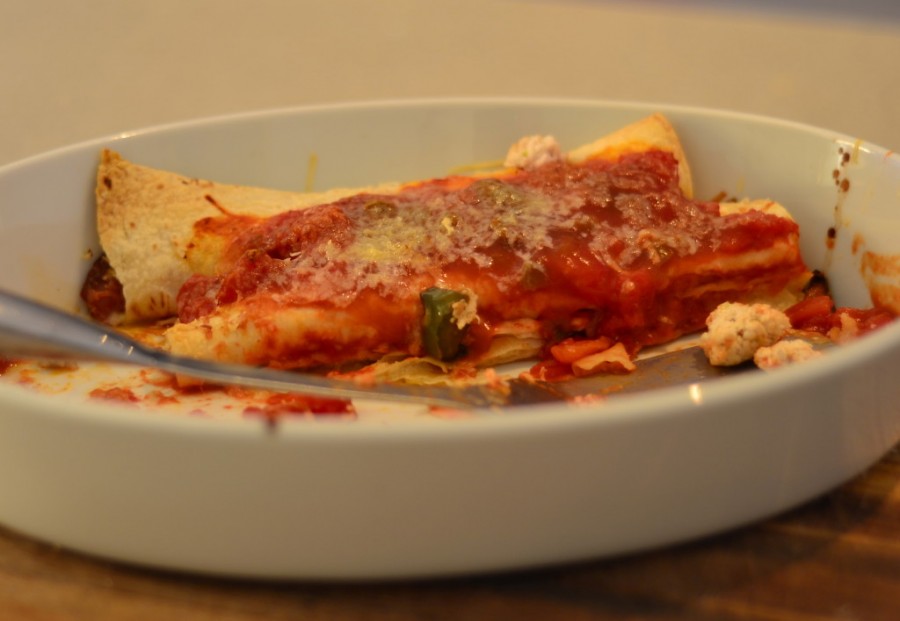 This citrus spiked shredded chicken was folded into tortillas along with charred capsicum and onion, which were then packed into dish and baked. Enough for lunch and dinner, to keep my growling tummy tamed. Thea was quite content while all this was happeneing in the kitchen, wearing her super T cape and flying round the lounge. I hope I can come up with such lovely ideas, both to feed and entertain, when Miss 2 turns 3. For now though, I’m just happy with fairy floss chicken. And Thea is happy with her cape.

Place the chicken, lime zest and juice, milk, garlic, pepper, salt and milk in an oven proof dish and bake for 30 minutes. Set aside to cool completely.

While the chicken is cooling, fry the capsicum and onion in some oil over a medium heat until the edges are nicely browned.

When the chicken is cool, cut it into 4 pieces and pulse it in a food processor until its finely shredded. Be careful not to over do this stage and make chicken puree.

To assemble the burritos, place a spoonful of chicken, some strips of capsicum and onion and a handful of grated cheese in a tortilla and roll. Place the filled tortilla roll in a baking dish and repeat with the remaining ingredients.

When all the tortillas are in the baking dish, pour over the chopped tomatoes, sprinkle over a few chilli flakes and top with as much extra grated cheese as you like.

Bake for 20-30 minutes at 180C until the cheese has melted and is golden and the tortillas are crisp.

Like the idea of poaching chicken in milk? Then you’ll love this recipe