Sometimes after dinner, I want a nibble of something. Not a dessert, nor something to be eaten with a spoon. Just a treat, perhaps containing a little bit of sugar, to punctuate an evening meal. Often this mouthful is in the form of a square of dark chocolate, a duchy ginger biscuit with a slice of cheese or a handful of homemade granola. Having only Callabaut chocolate callets and an array of nuts and seeds in the house, I decided to make macadamia chocolate bark. 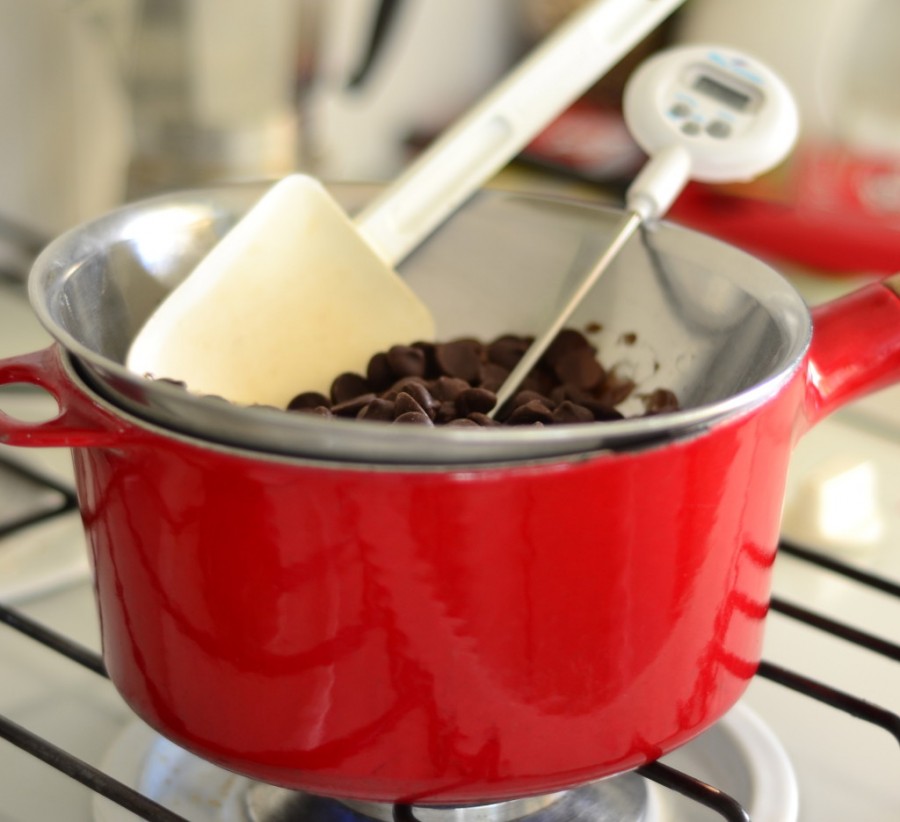 Ok. I confess. This idea wasn’t as spur of the moment as I have just presented it. Back in January, I took Mark to Rockpool Bar and Grill for his birthday. After being faultlessly served a seriously great dinner, we finished the evening with a glass of peaty single malt each and some sweet and salty dark chocolate bark with cashews and sesames. I have been wanting to replicate it ever since. 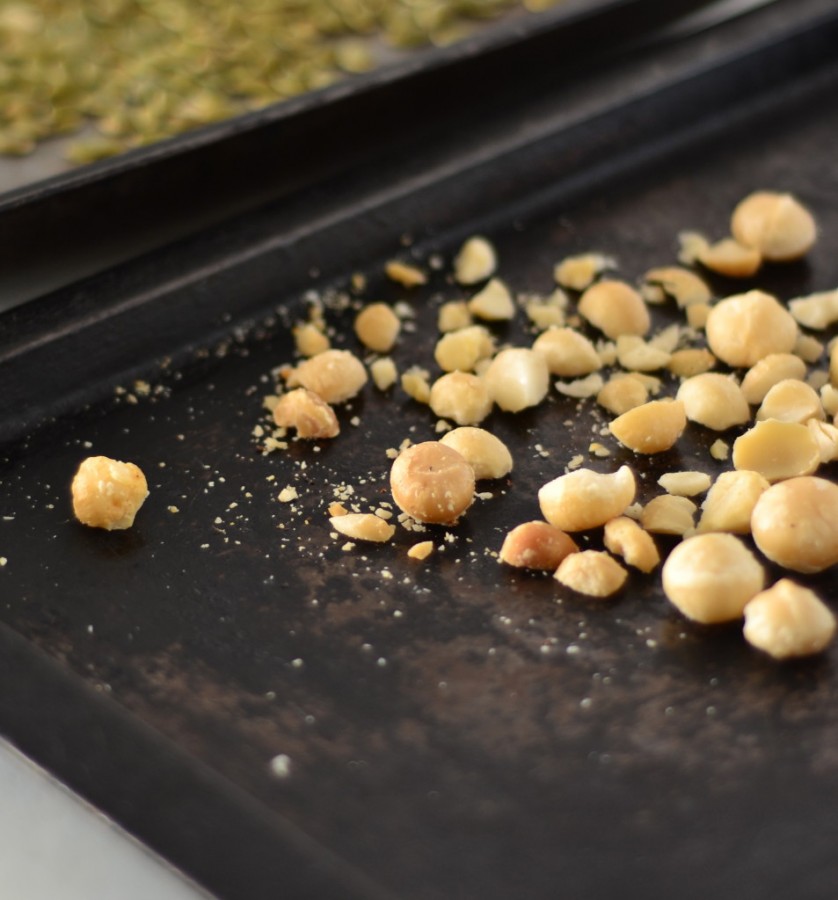 That’s the thing with enjoying something so much at a restaurant that you are inspired to recreate it at home. Sometimes a recipe for exactly what you want to cook isn’t available. I remember having a little bowl sweetcorn soup as part of the build up to the main event in the Barossa Valley a long time ago. It was like velvet in my mouth and the perfect balance of sweet and salt. I attempted to repeat the dish at home, but my version failed miserably in comparison. 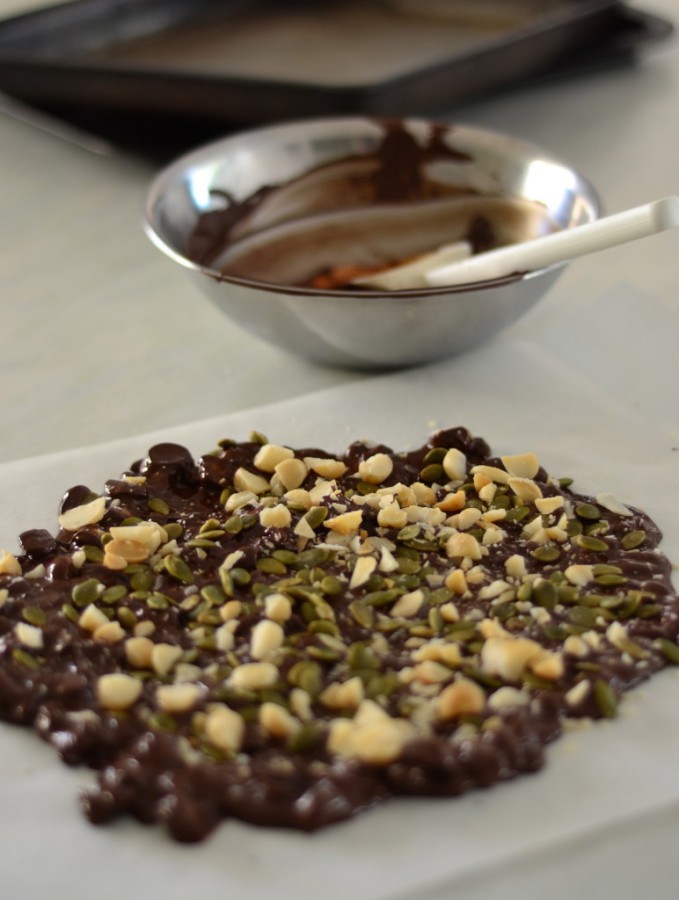 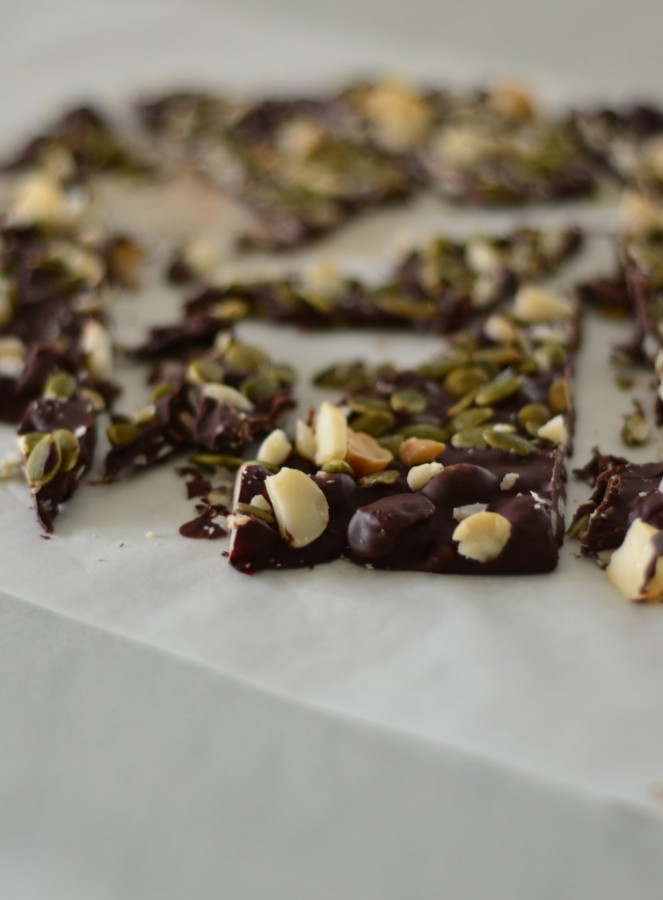 I remember that we went to the Barossa because I wanted to go to Maggie Beer’s farm. A bit of a pilgrimage really. Sitting by the lake with our picnic of terrines, pates, fresh bread and fruit pastes purchased from the farm shop, the experience was delightful. I was eating at Maggie’s place. Everything tasted so good. But now if I buy her pates or pastes, the experience isn’t quite the same because I’m not in the moment. I’m not there in Nuriootpa, sitting on the grass by the lake. Sometimes food tastes so good because of the circumstances we eat it in. That said, it’s still fun to try and recreate recipes at home. It brings back fond memories of past tastes and occasions. And sometimes brings about new ones. 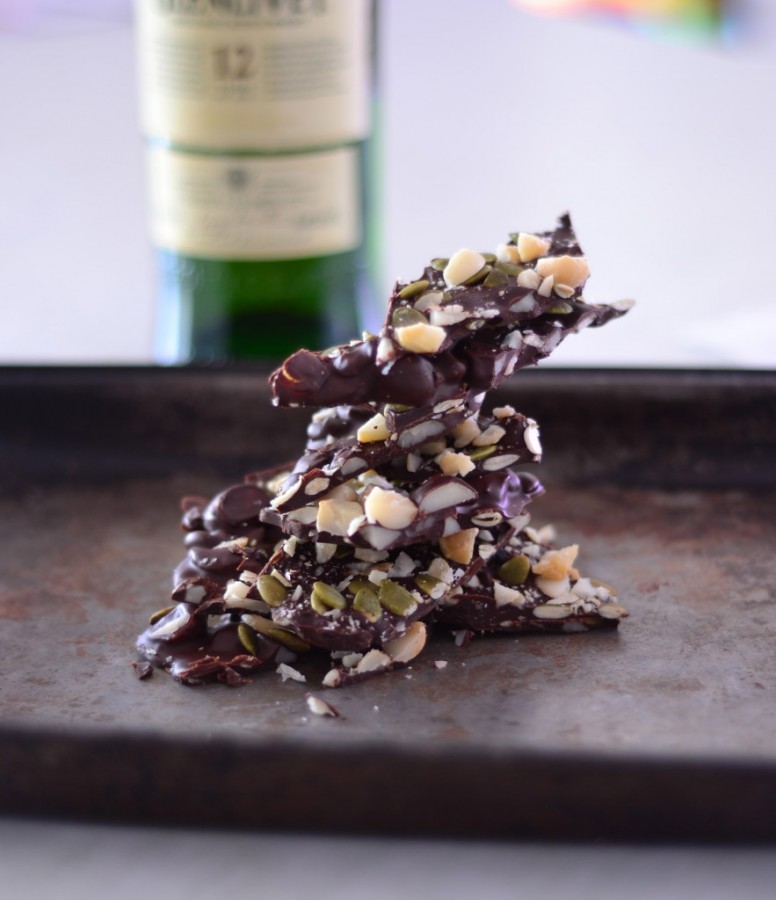 Toast the nuts and seeds on separate trays in the oven for about 7 minutes at 180C. Leave to cool. Roughly chop the macadamias and then mix the two together.

Melt the chocolate in a bowl over a pan of simmering water. Do not let the temperature go above 70C.

Mix half the seeds and nuts with the melted chocolate and then pour it on to a piece of greaseproof paper. Sprinkle the remaining seeds and nuts on top and cool in the fridge for about half an hour.

Break the chocolate into an assortment of sizes and serve as an after dinner nibble.